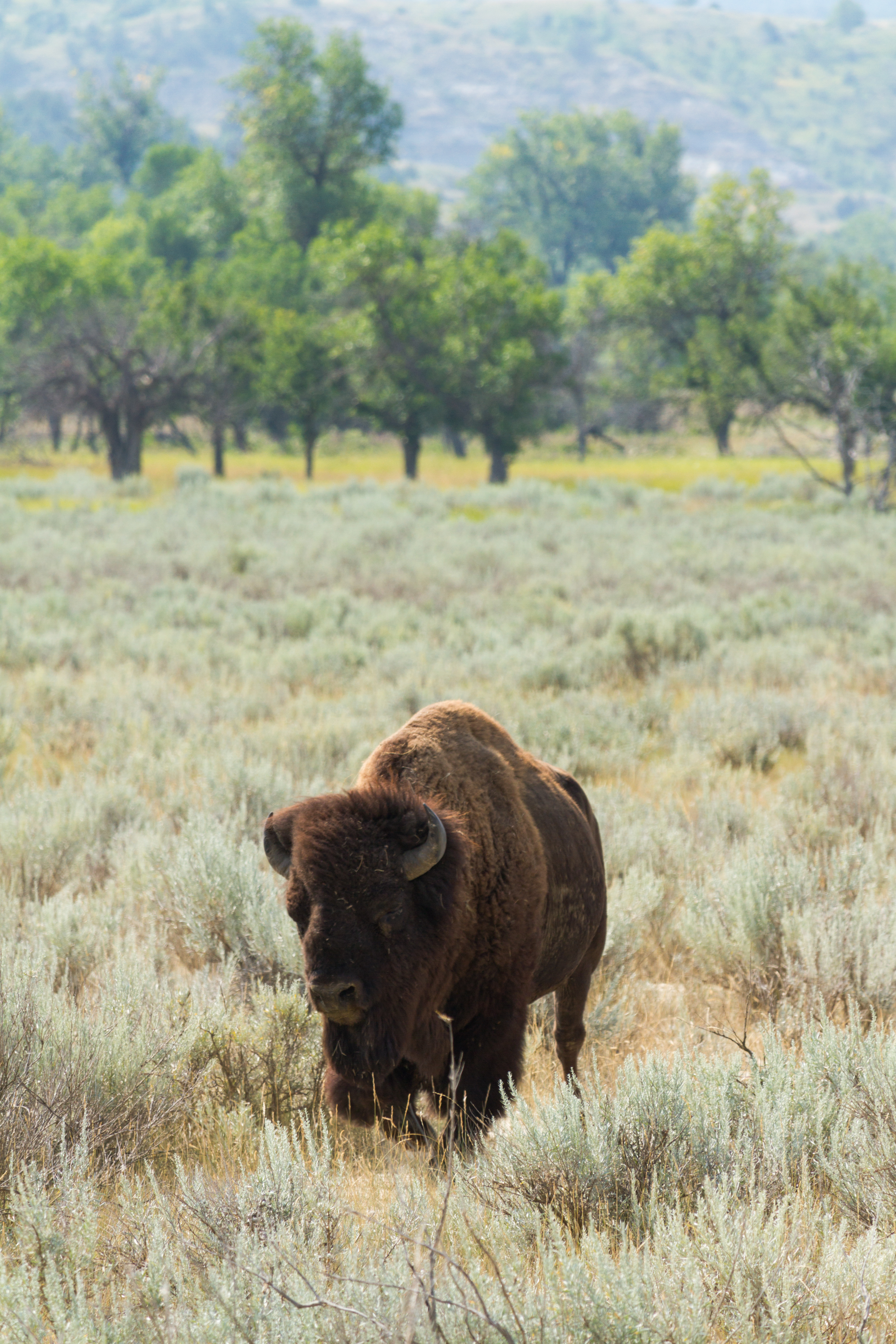 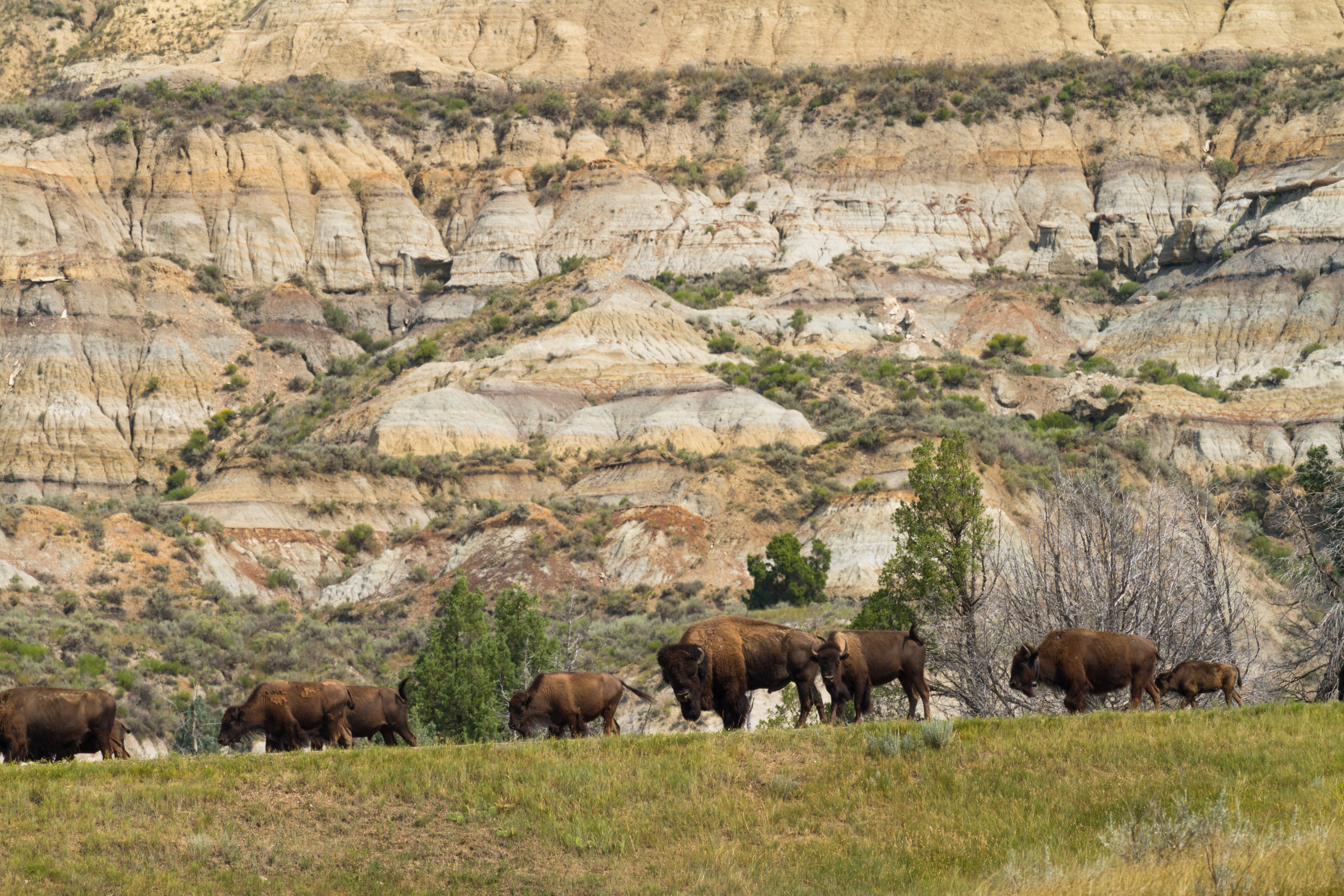 Initially, we had reservations to stay at the Cottonwood campground within the park boundaries for two nights, and we kept those reservations. But a few nights before we were scheduled to be there, we decided to try to extend our stay at Teddy. Not wanting to risk losing out on the first-come-first-serve sites at the park (which, for future reference, are more available midweek than we expected) and also preferring a few creature comforts that we didn’t have at the Cottonwood campground (e.g., electric hookups, a.k.a. AIR CONDITIONING, currently a lifesaver in these 90+ degree days we’ve been experiencing as of late), we booked a stay at an RV park in Dickinson, about a 40-minute drive from the park boundaries so that, including our stay at Cottonwood, we’d have a solid six days to spend at the park and its surroundings. 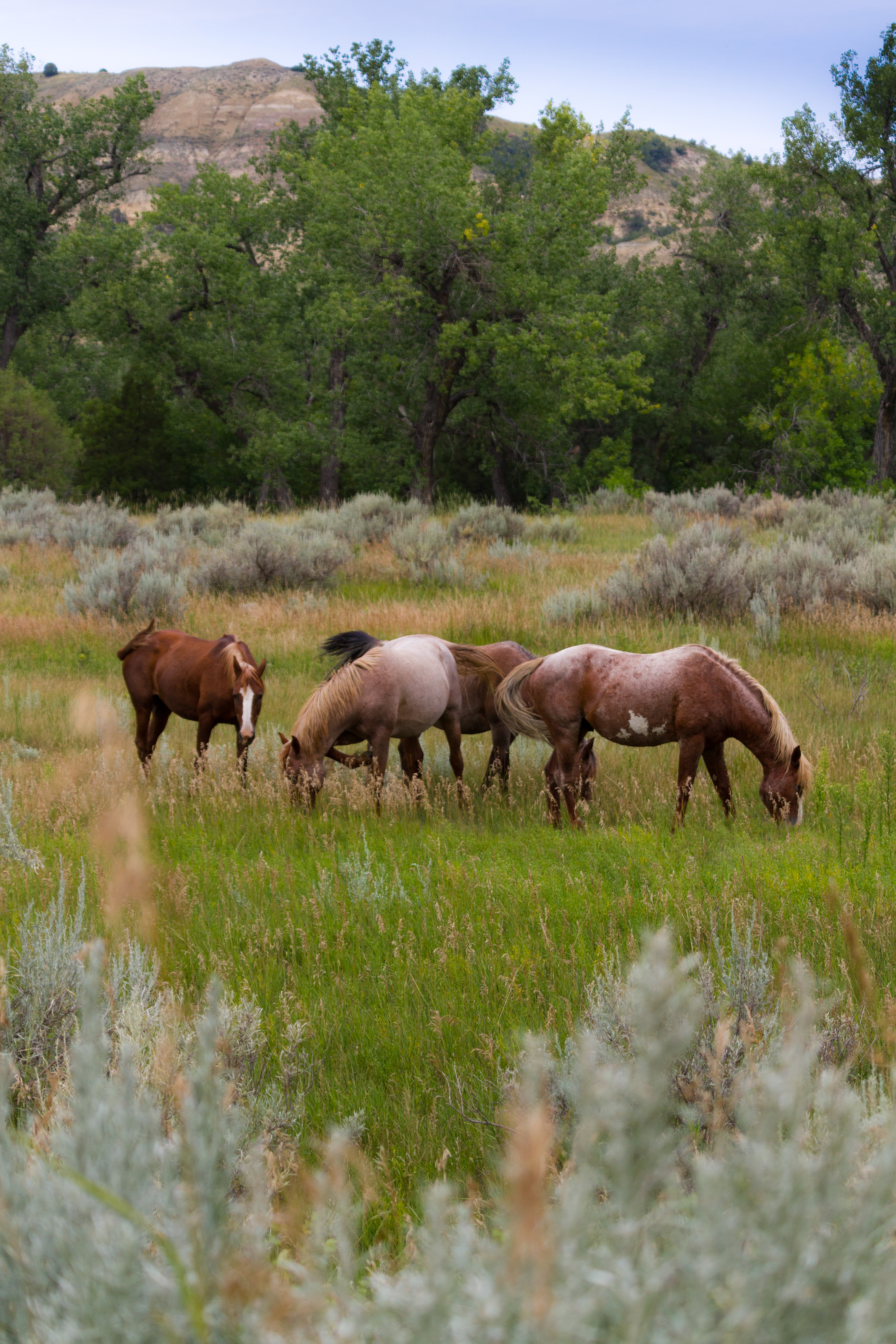 This might seem like a lot of time, but when you have little kids and your exploring days of yore (when you could wake up, roll out of bed, have a slurp of coffee and be out on a trail in 20 minutes and spend all day hiking) are very much over, it was nice for us to know we had some buffer room in case of bad weather, meltdowns, spontaneity, etc. We are so glad we did things this way.
Our first night at the campground was a wash. We had just driven all day and the kids were beat, I wasn’t feeling well and it was hot, hot, hot. So, we set up camp, walked around the campground for a bit, then settled in for the night. 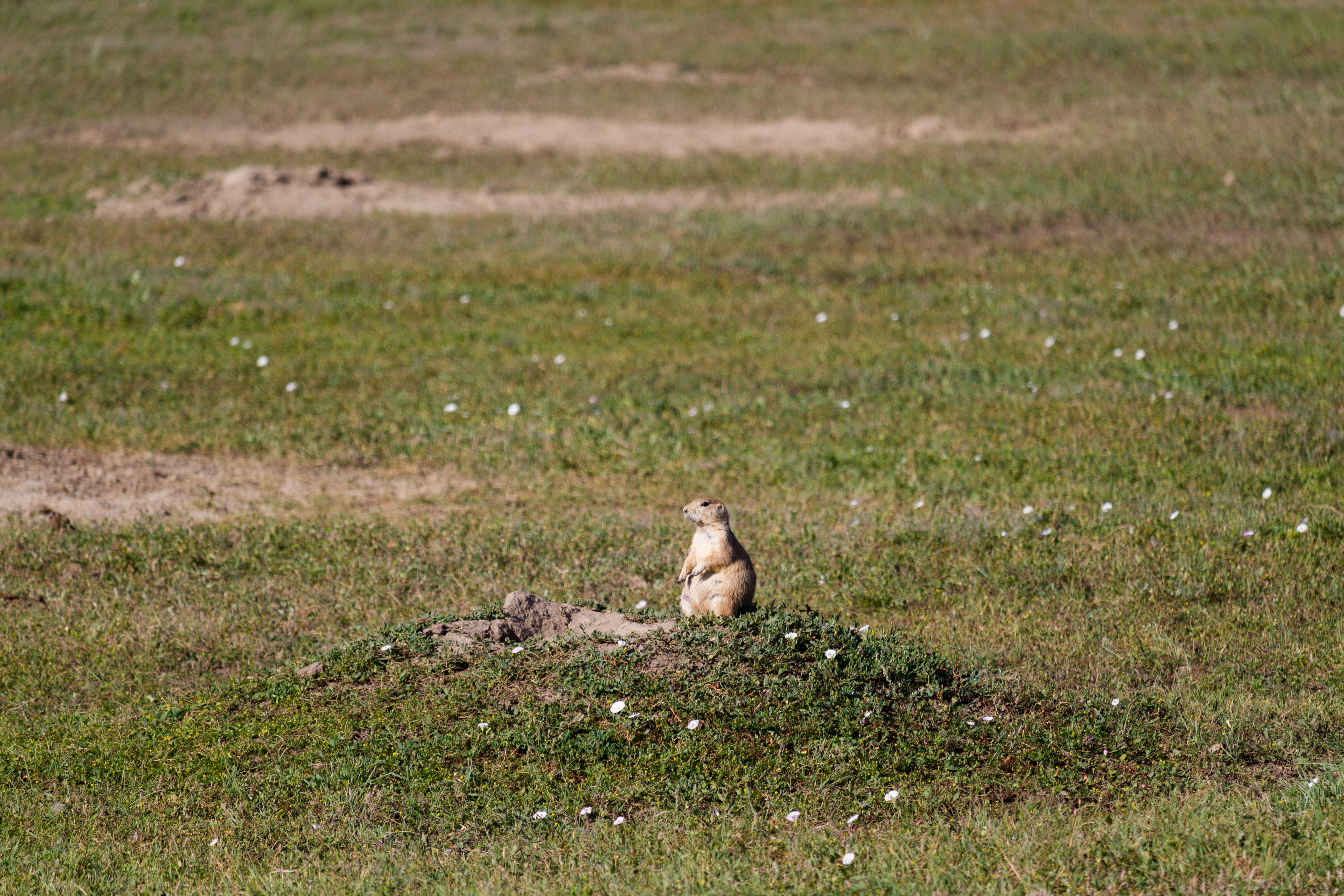 The next morning, we set out to explore. We headed to the Southern Unit, stopped to scope out a prairie dog town (always entertaining for the littles), then went on our first short hike. We hiked Ridgeline Nature Trail, then drove to the Old East Entrance Station Trail. The trail, which is fairly flat and open, yielded a lot of opportunities for spotting wildlife (rabbits, prairie dogs, lizards, weasels!), and at the end of the short trail is the original entrance to the park, which is now locked to the public. Still, it was cool to see the outside of it and to see the surrounding area, which is inhabited by hundreds of prairie dogs. 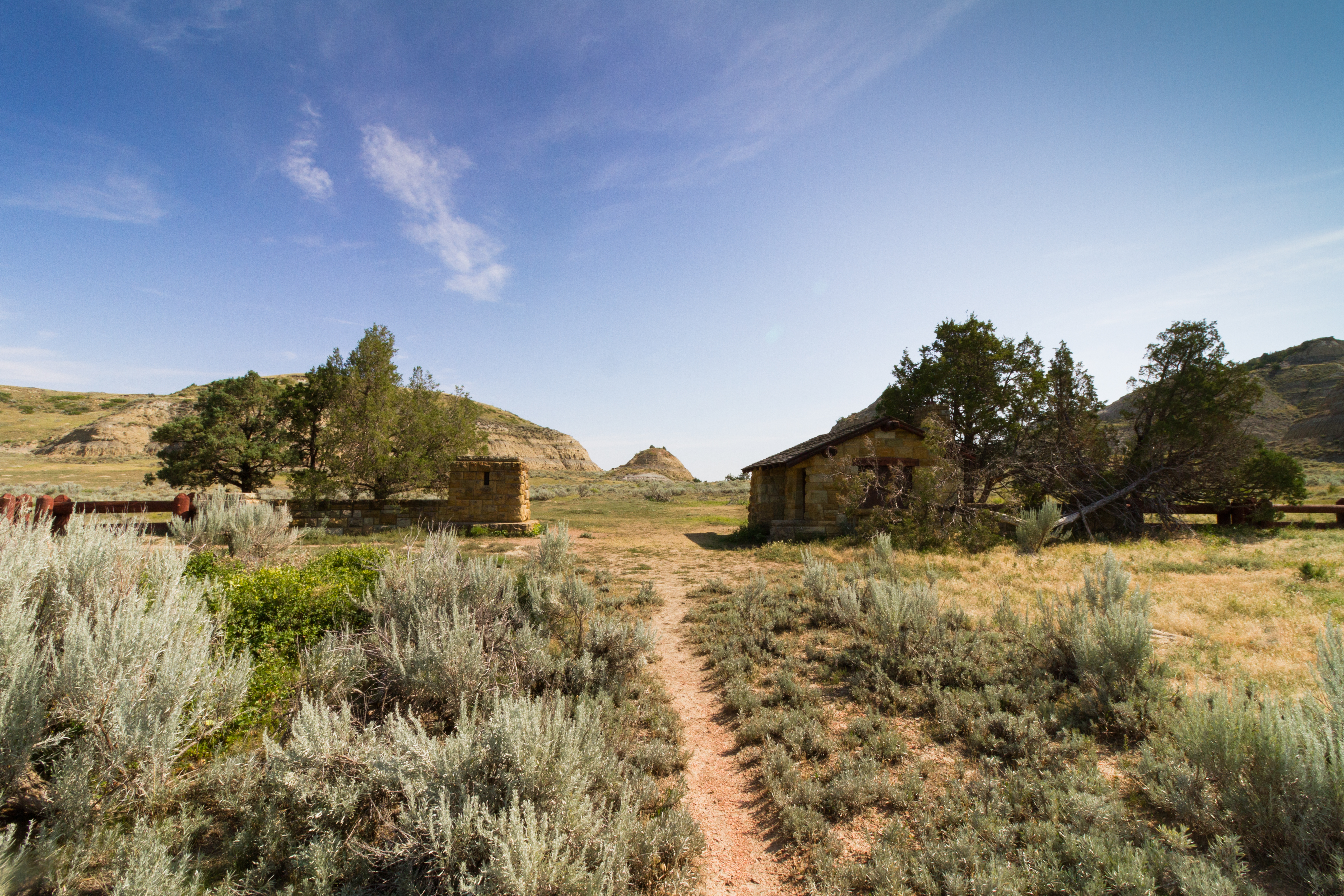 After the Old East Entrance Trail, we made our way to Buck Hill, which is more of an overlook, and since Addy fell asleep in the car, I stayed behind while Elliott and Avery took the hill up to see the views and take some photos. From there, we headed back to our site and stayed put for the rest of the afternoon/evening (taking in the views of the buttes behind our site).

The next morning, we headed to our new site at the RV park and spent the better part of the day running errands and getting settled into our new space. That afternoon, we visited the Painted Canyon Visitors Center and hiked a few miles of the Painted Canyon Trail, which yielded stunning views of the colorful canyons. 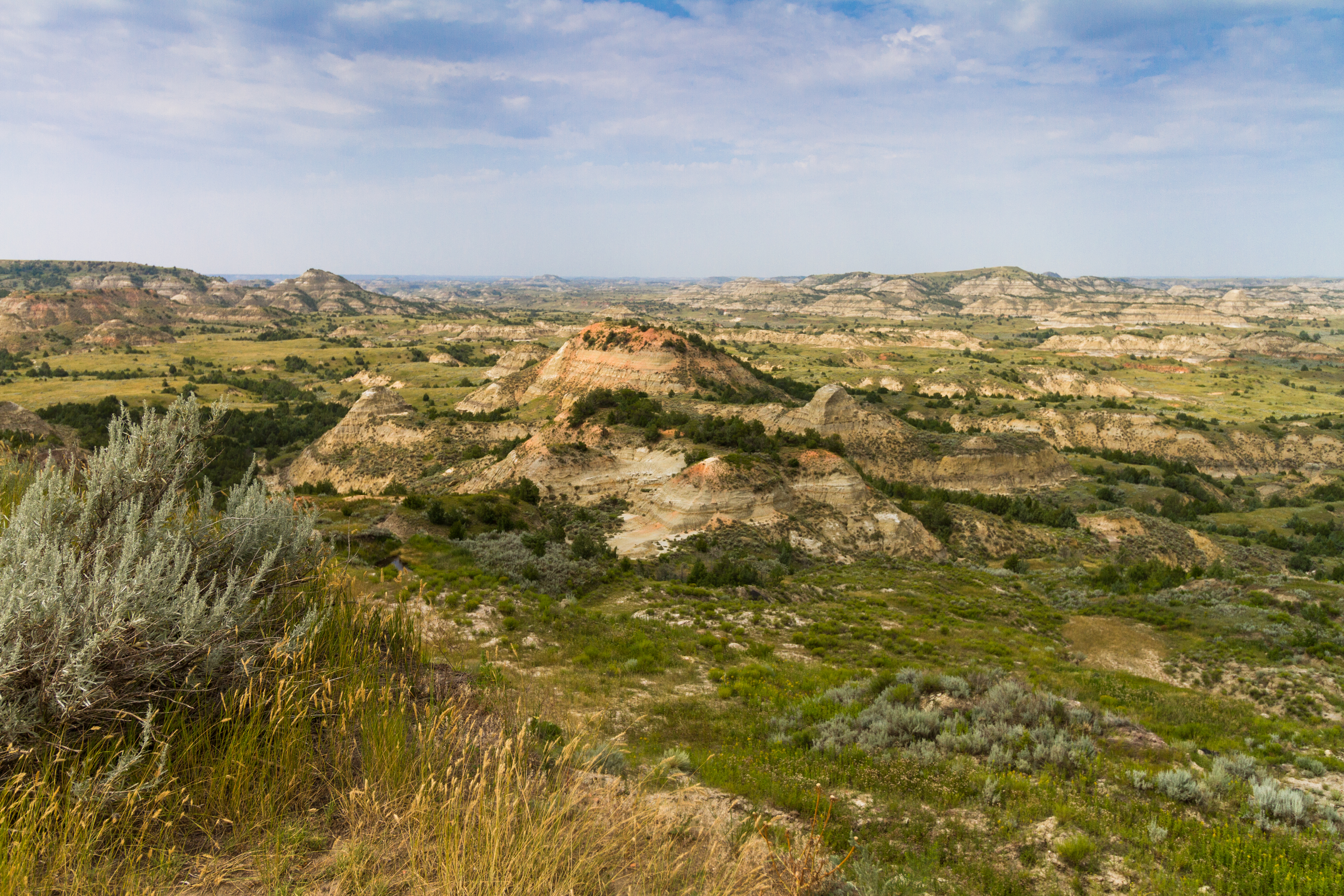 The following morning, we (rather foolishly) decided to take a 5.4-mile trail called the Big Plateau Loop, which starts at Peaceful Valley Ranch. I say foolishly because, while the trail itself was absolutely, breathtakingly beautiful with all its views of buttes and hills and valleys and plains, it was just too long for our little ones to handle. They are troopers, though, and did great for about 3.5 miles. But those last two miles were rough. It was hot, we had run out of water even though we originally brought what seemed like a thousand gallons and, since Elliott was carrying Addy in her backpack, I had to carry our 40-lb four-year-old on my back for a good half mile. It was a true test of our family bond and resilience and, thanks to the kindness of strangers on horseback who gave us extra bottles of water and waited for us at the end of the trail by the Little Missouri river (which we had to ford both ways, in our bare feet, with both children), we made it through. On the way, we spotted bison, and wild horses rolling in the river to cool off, and we heard rattlesnakes, and walked through more prairie dog towns. It was an unforgettable hike that I’m sure, in hindsight, we’ll be glad we did despite the struggles. 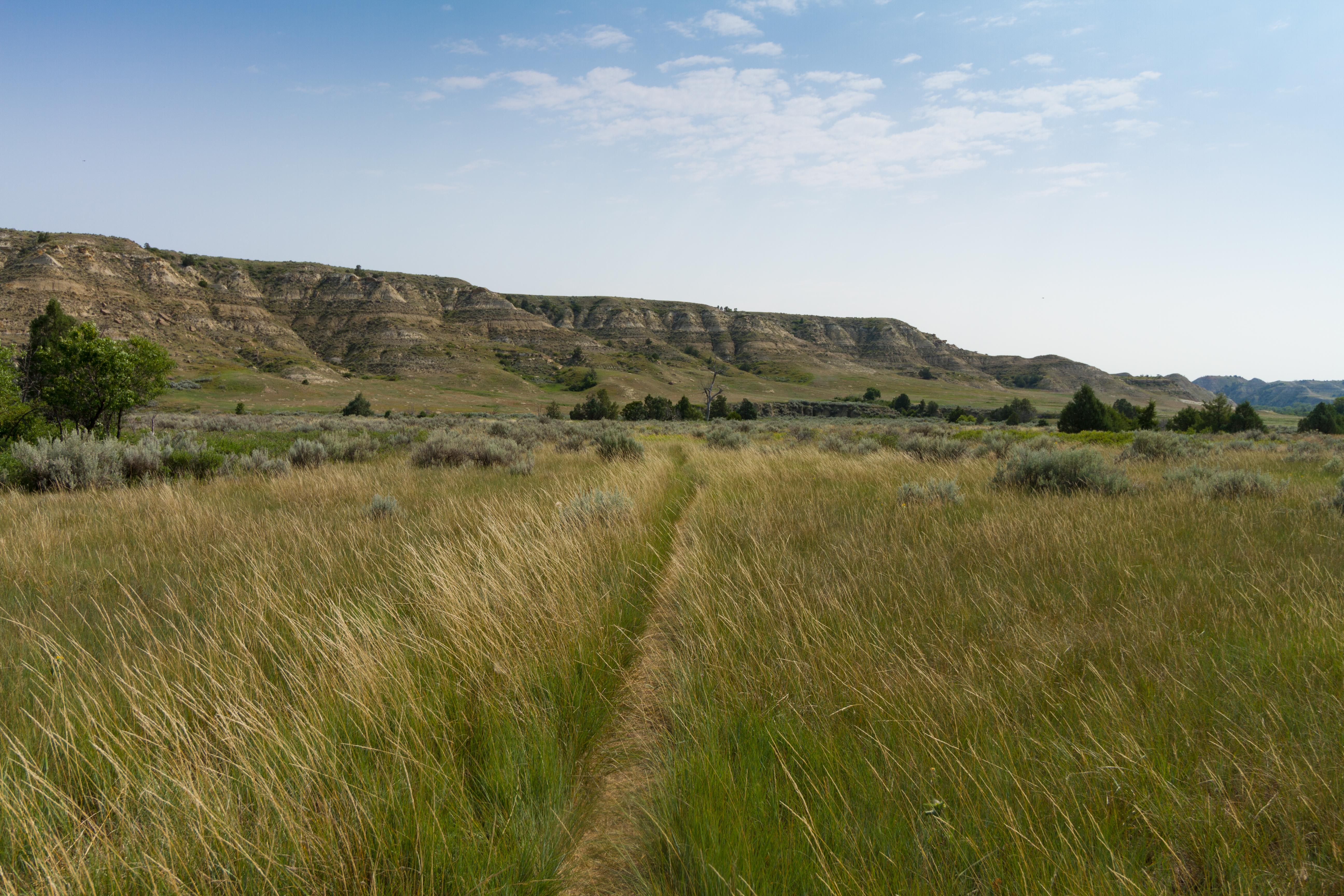 That afternoon, we took it easier and drove the scenic loop in the Southern unit. It was ridiculously hot, so we took a quick hike on the Wind Canyon Trail to grab some views of the Little Missouri river, but then quickly headed back to the car to escape the heat of the day. That evening, we decided to do the hokey thing in Medora (the town near the park) and eat dinner at Pitchfork Steak Fondue, where they literally skewer dozens of steaks on pitchforks and dip them into hot oil to cook. It was entertaining and the food was tasty, but the kids were so worn out by that point that they didn’t enjoy it as much as we’d hoped. So, we headed back to the RV park to call it quits for the night. 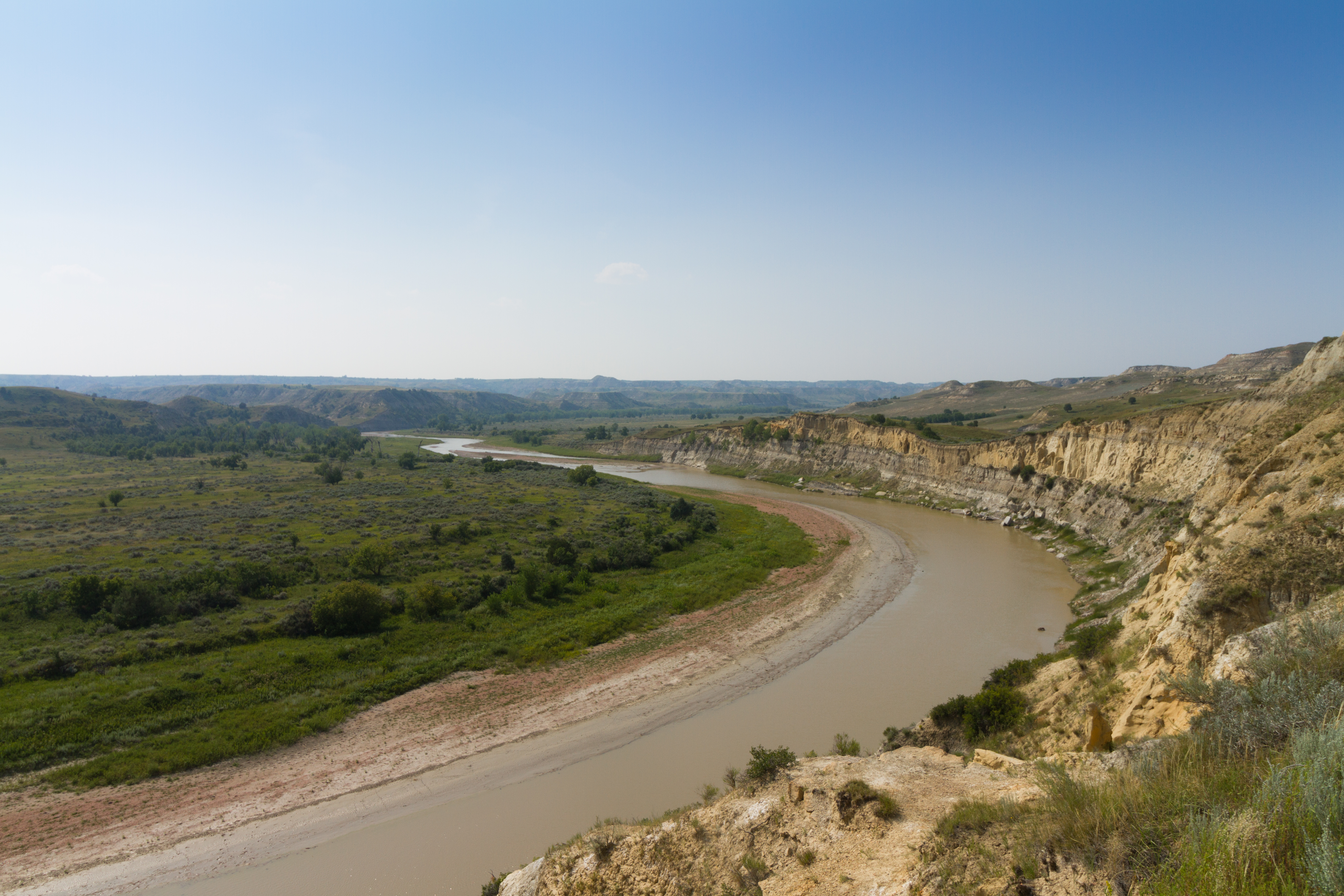 The following day, we drove to the Northern unit to see a few overlooks and take a few short hikes, including the Little Mo nature trail. It was there that we had our first encounter in the park with herds upon herds of bison. In fact, to get back into our car and not have our entire family cordoned off by a group of wild bison, Elliott had to run back to the car ahead of us and drive it back to us, across the path of oncoming bison, at the trailhead. It was the hottest day of the week, so we didn’t spend much time outside after that, but it was worth the drive to the Northern unit to see its expansive vistas and, of course, the wildlife. Some people don’t recommend bothering to visit the Northern unit, but we completely disagree. It’s worth the trip. 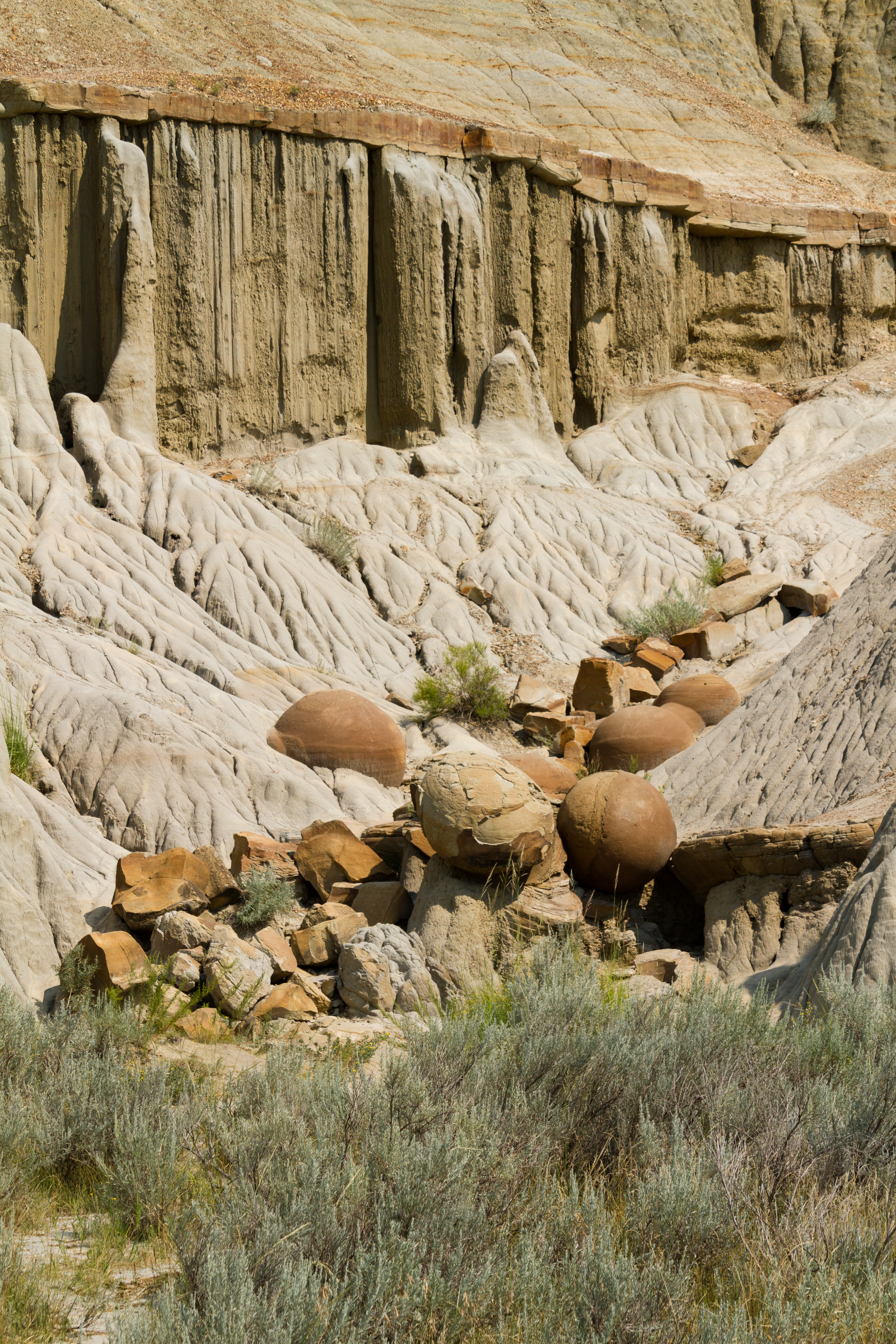 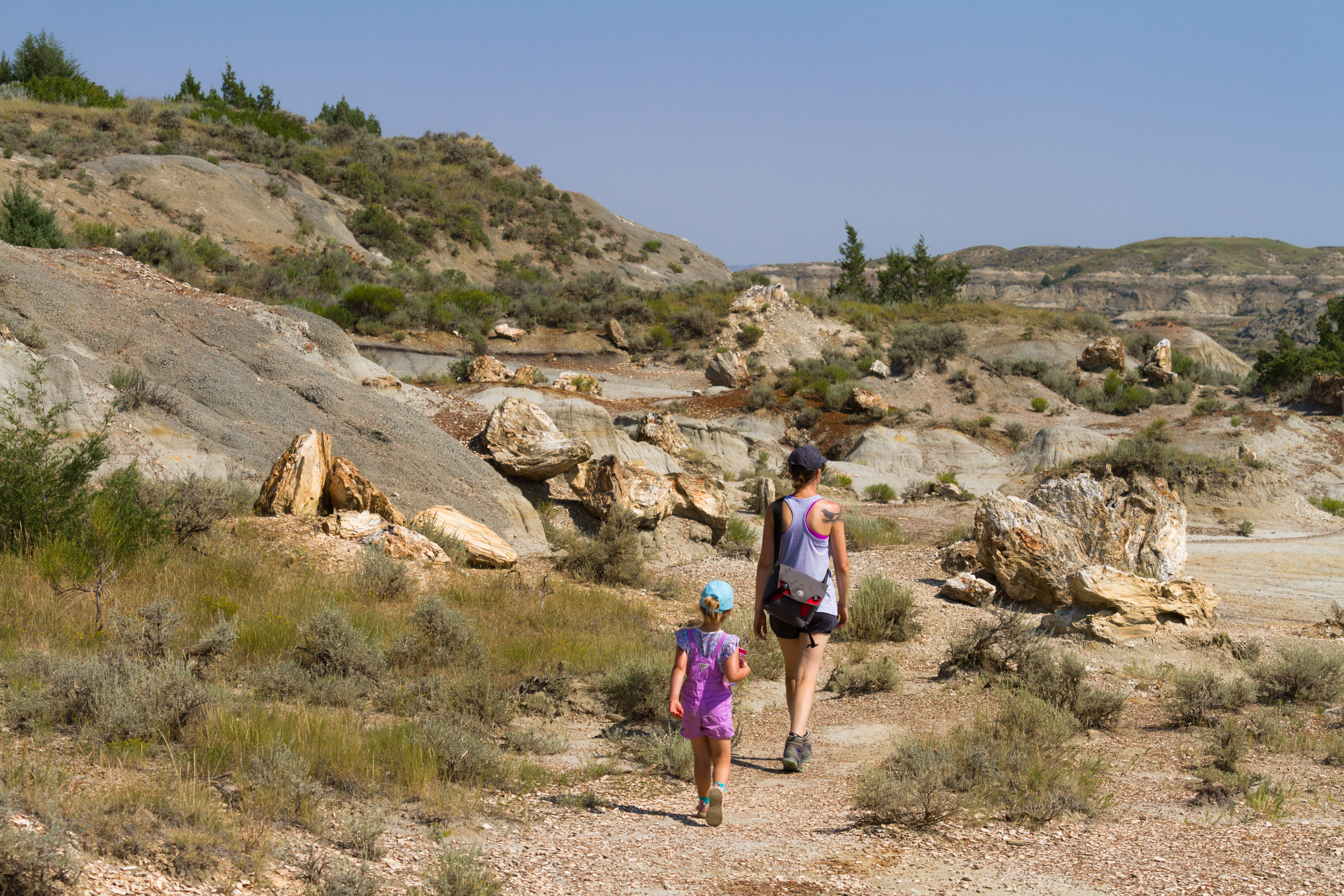 The next day, we paid our final visit to Teddy Roosevelt by driving to the Petrified Forest Trail. At the suggestion of a ranger, we visited the northern forest instead of the southern forest (we had only enough time/energy to see one). It was phenomenal. I’ve seen petrified forests before, but for some reason, this experience struck me deeper than ever before. It was humbling and awe-inspiring to imagine these giant cypress trees planted in the ground some 60 million years ago, when dinosaurs roamed the very earth on which we were standing. We walked around the glittering tree stumps as if they were untouchable artifacts, only to find out later that petrified wood is so common in this area that it’s often used for landscaping. I still can’t believe this. To me, these trees are a physical reminder of the immense history found in these national parks, and of how lucky we are to be able to explore this land with such freedom. 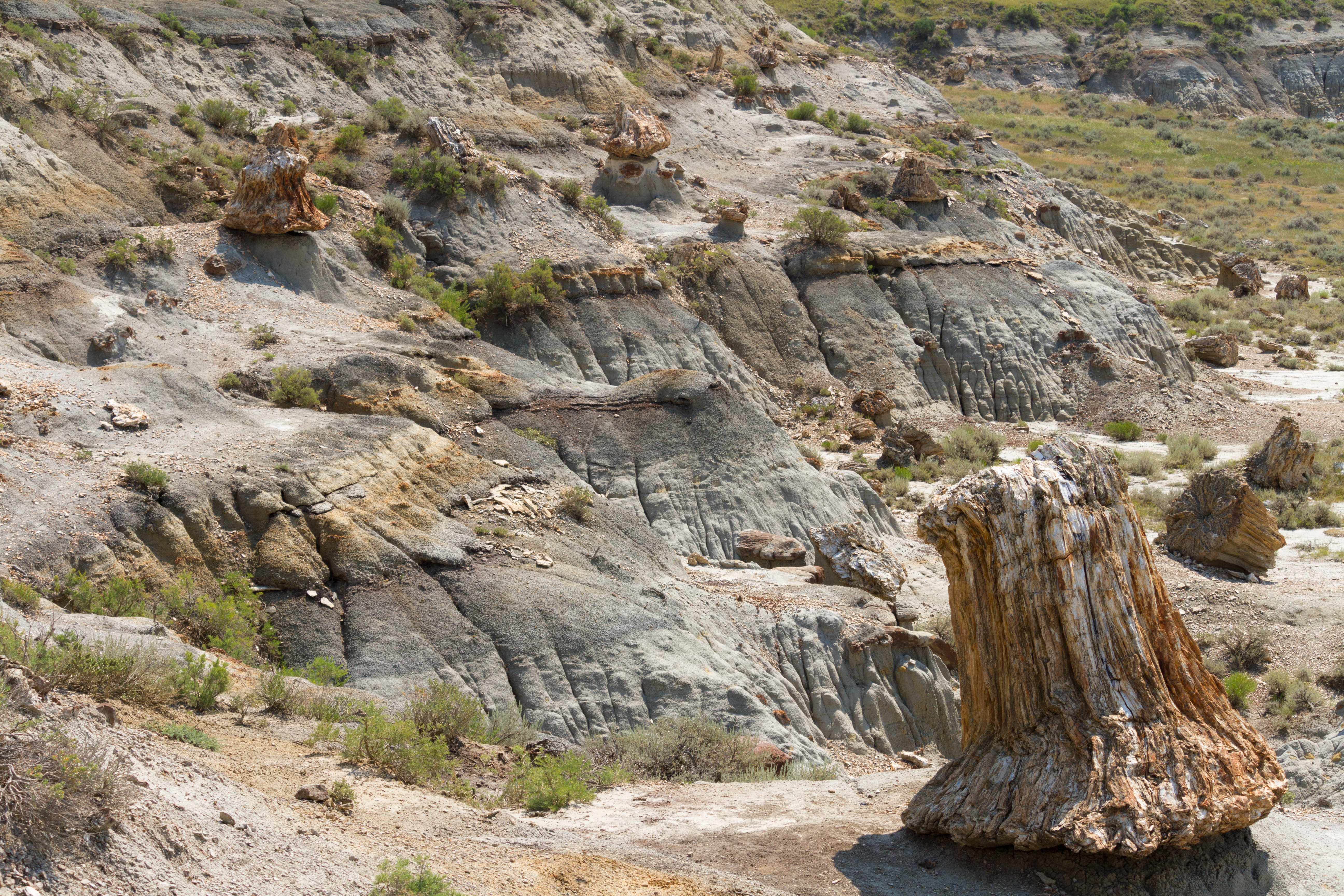 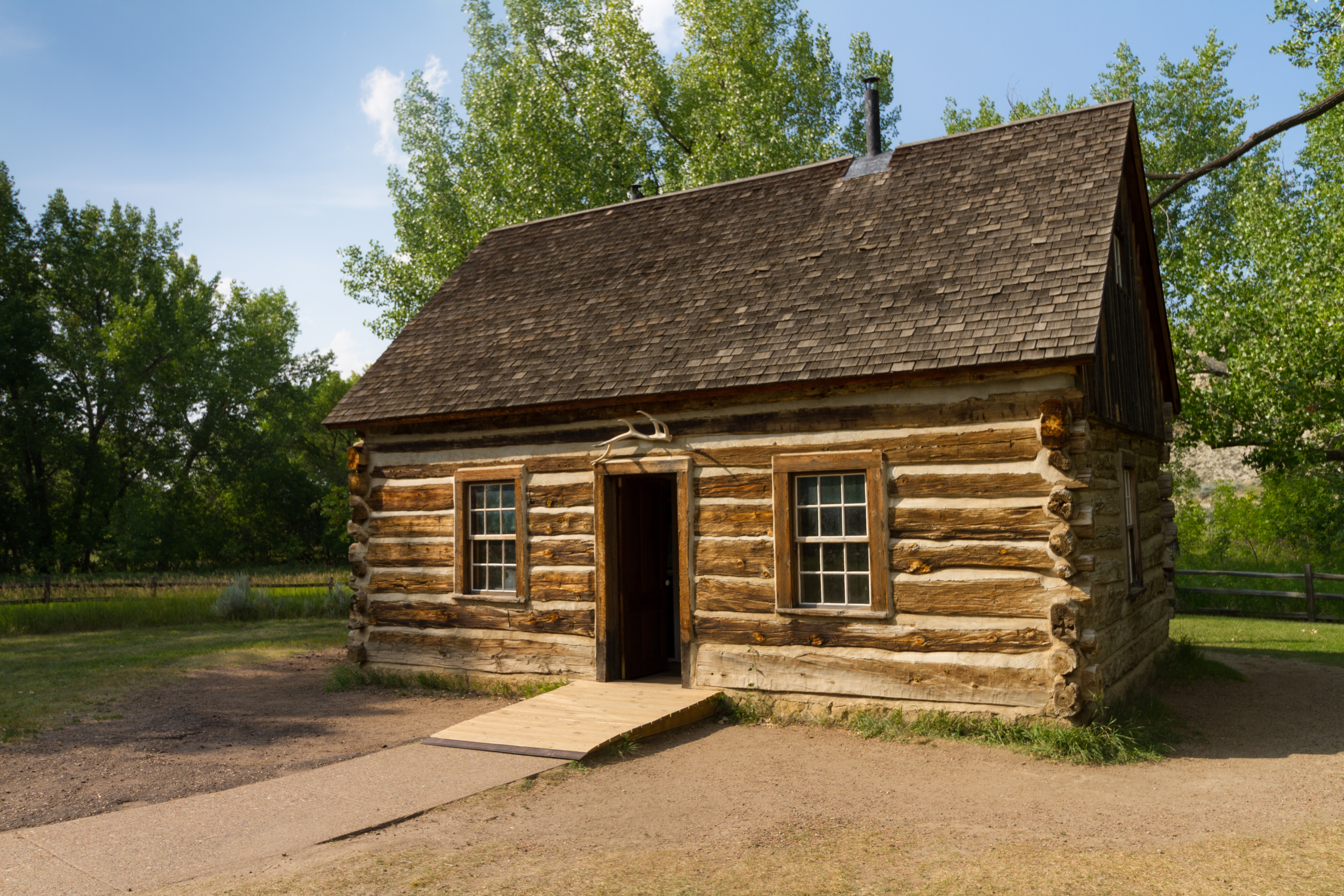 In fact, that sentiment can be carried throughout our entire experience at Theodore Roosevelt National Park. Visiting Theodore Roosevelt’s Maltese Cross cabin and learning about his own life experiences and how he came to be known as the “conservation President” was incredibly educational. Roosevelt ultimately used his authority to create 150 national forests, 51 federal bird reserves, 5 national parks and 18 national monuments. He helped protect 230 million acres of public land. To experience the North Dakota Badlands like Roosevelt did must have been transformative. For us, having spent just under a week there, was transformative enough. We officially are hooked on national parks and all they have to offer, and are committed to taking part in their preservation. This country is wild and rugged and vast and beautiful and broken all at once, but to spend one day in a national park is to experience nature as a small, simple human being, and that experience is altogether challenging and enlightening. It was a time that solidified our desires to travel the country as a family, to learn and grow together, to enjoy nature and take our memories with us. 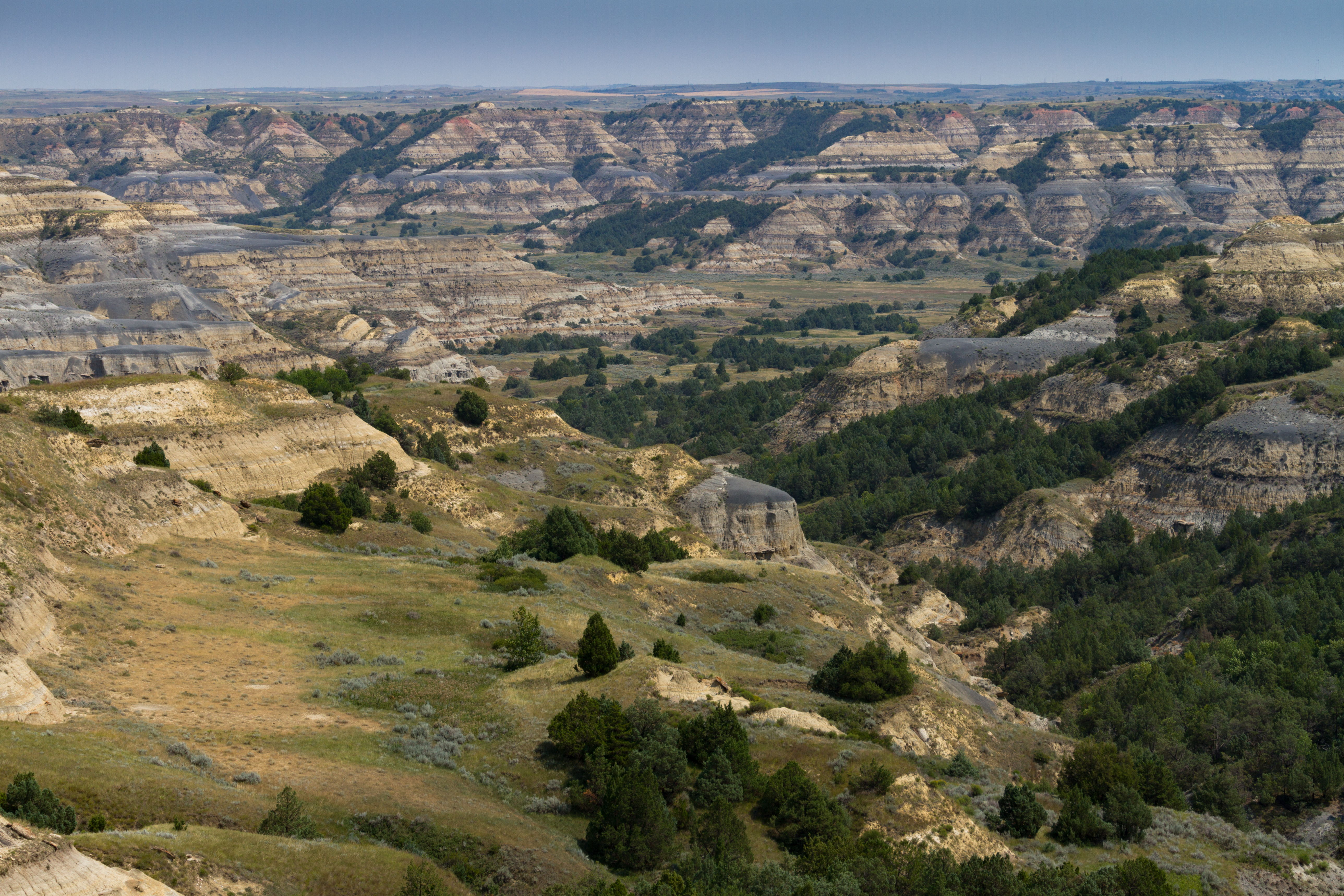 If you have any experiences at Teddy Roosevelt you’d like to share, or if you have any questions for us about our trip, how we travel with little kids, etc., please leave a comment! We always love to hear from you.

On to the next adventure. 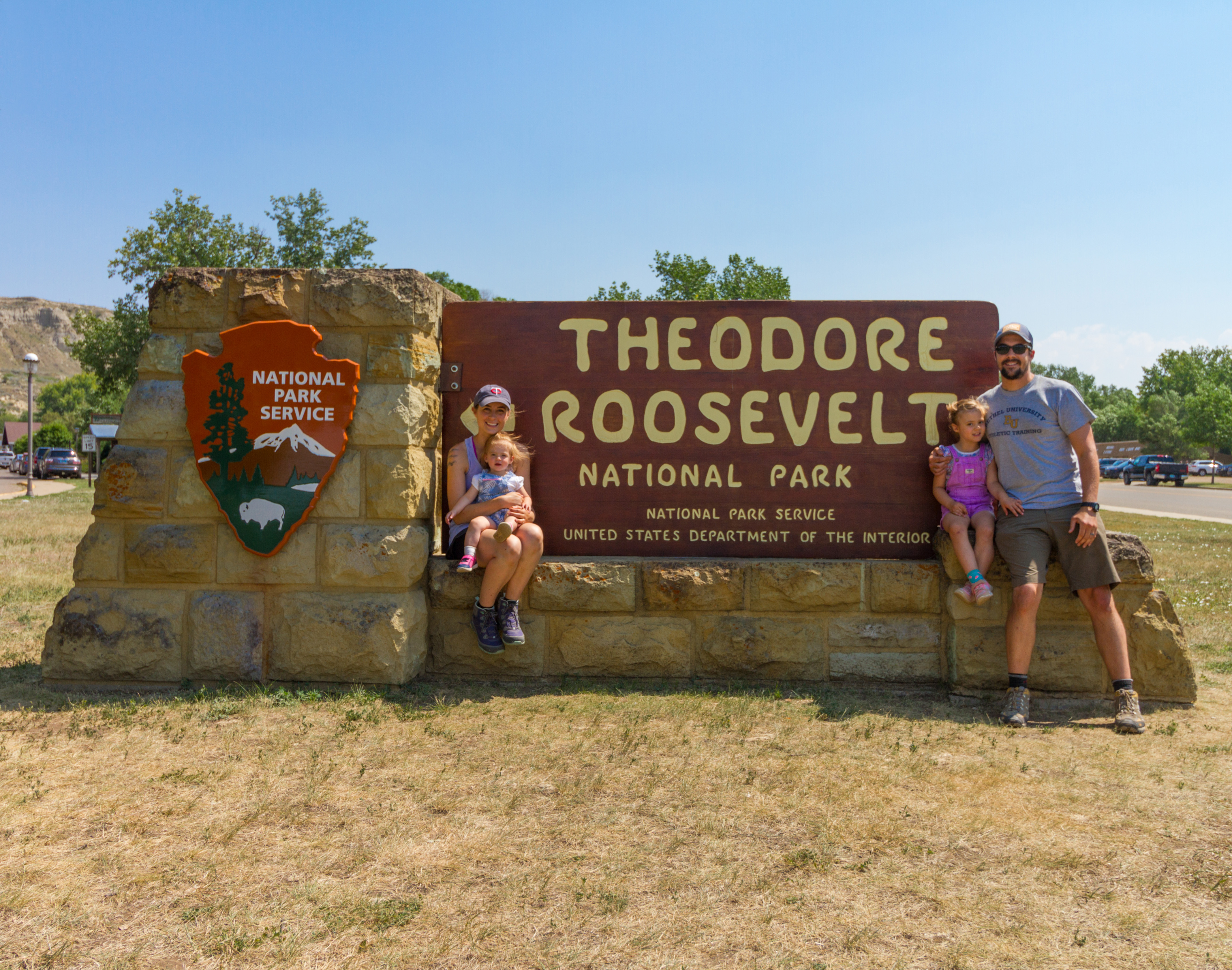 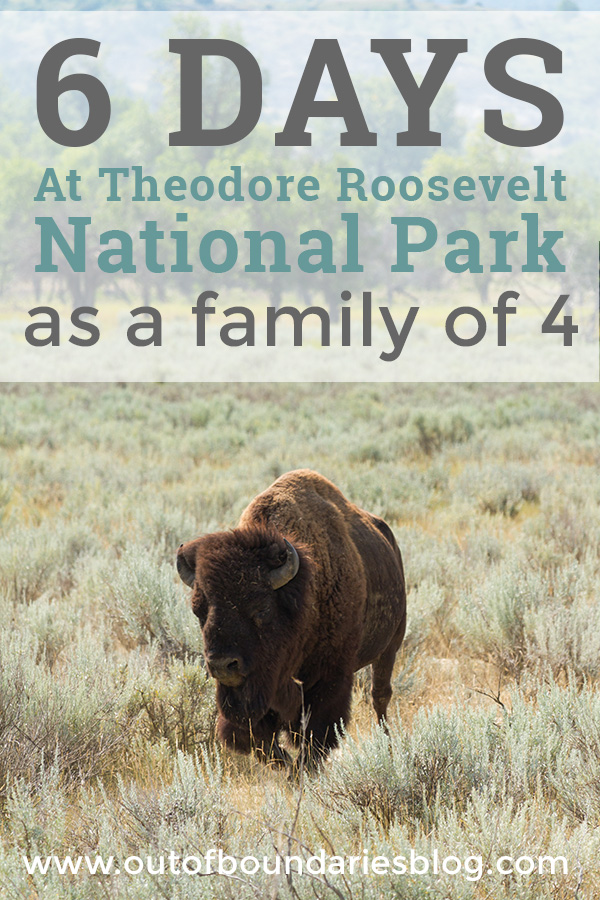