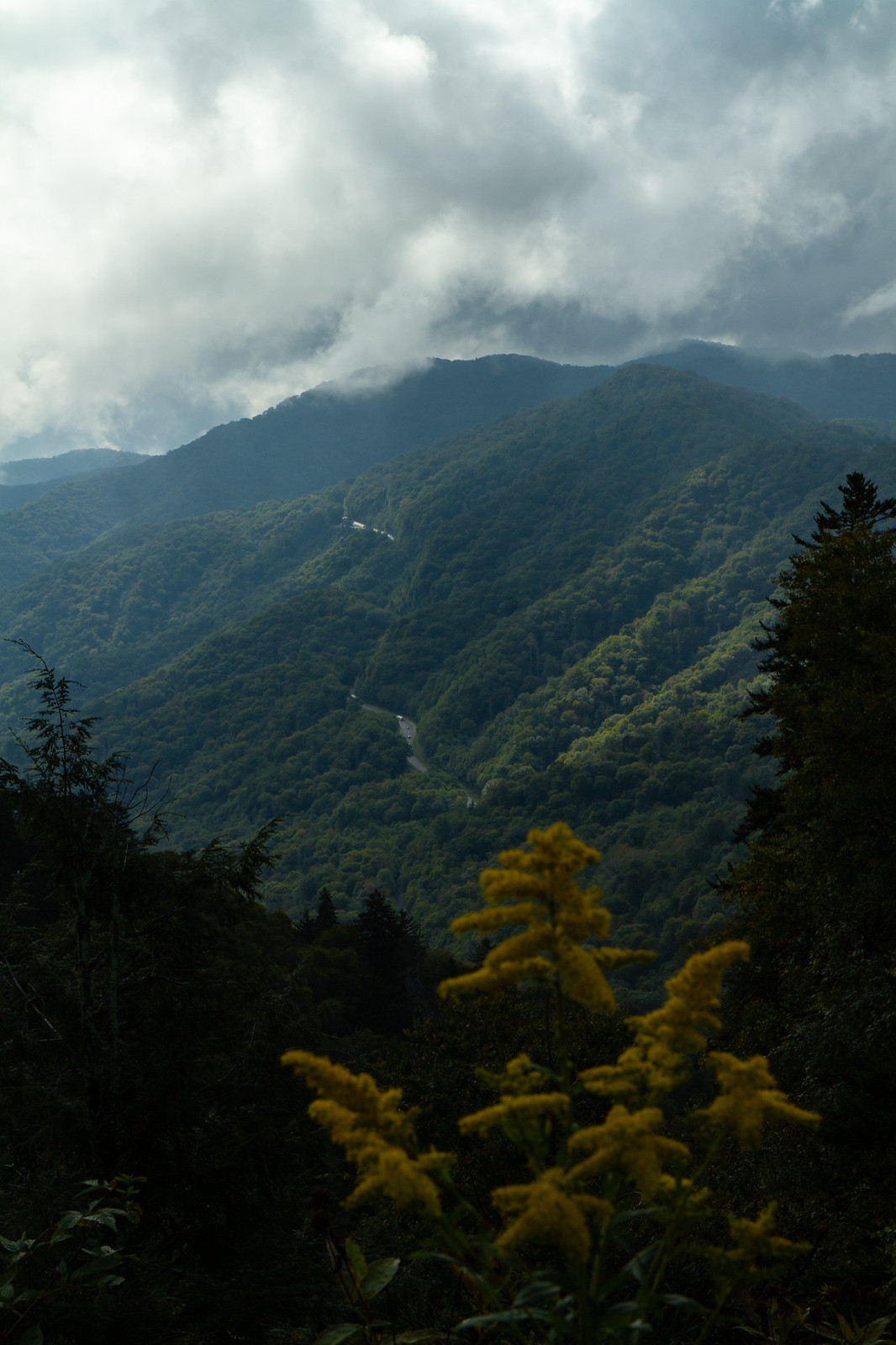 We started off our journey in Great Smoky Mountains National Park at the Sugarlands visitor center. It’s closest to the Pigeon Forge/Gatlingburg area where we stayed at the Pigeon Forge KOA. It’s a little pricey, but it’s one of the nicest KOAs we’ve stayed at thus far. The shower house is luxurious (not something we take lightly these days!) and the playground is expansive. The visitor center at Sugarlands offers a nice wildlife display, gift shop and of course the advice of a park ranger. We had the girls’ national park passports stamped (the stamp is hidden in the wildlife display area, FYI) and headed out on our first trail. 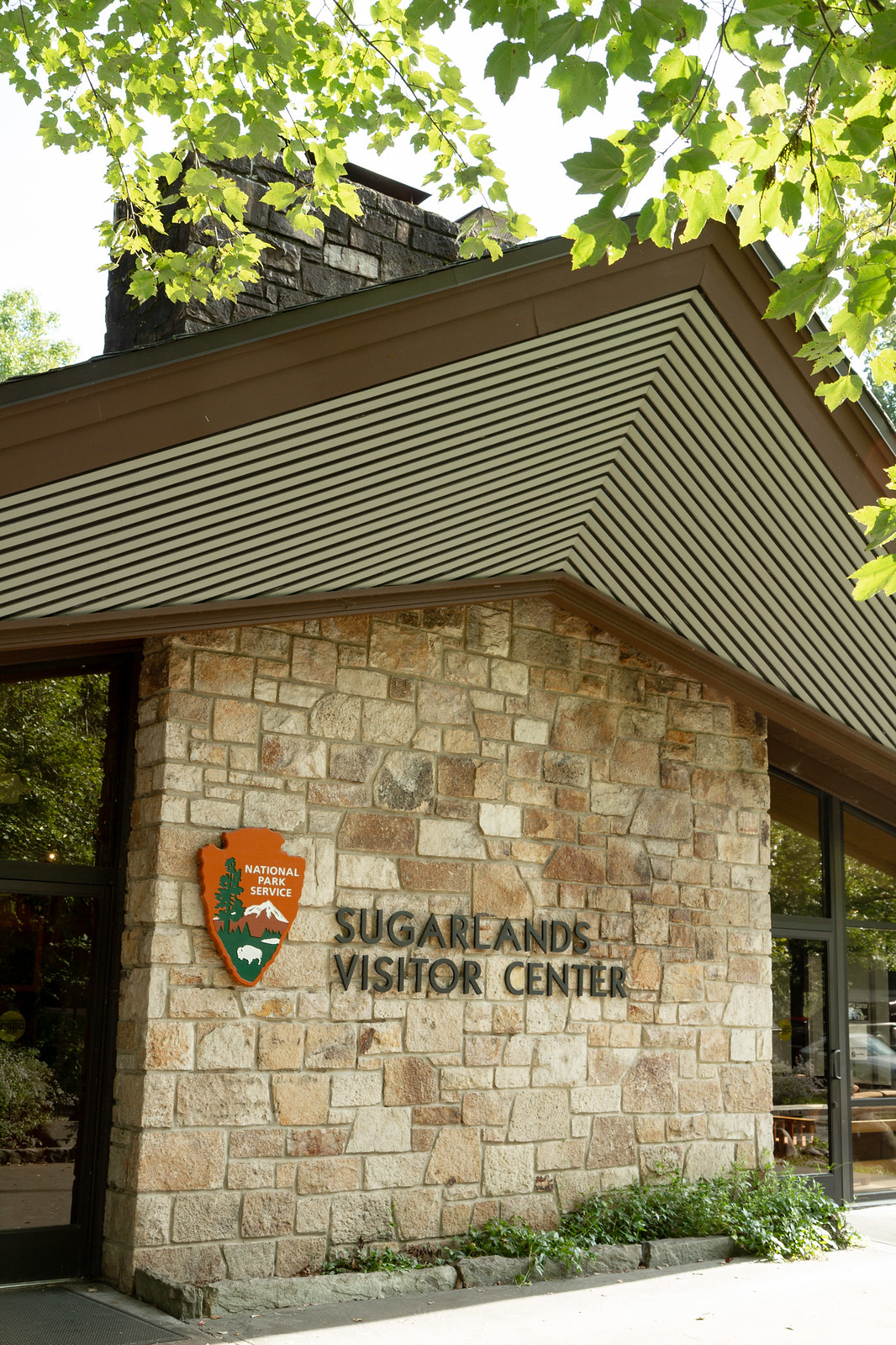 We took the Cove Mountain Trail to Cataract Falls which is only about 0.7 miles roundtrip. However, on the way back from Cataract Falls we diverted and did the Fighting Creek Nature Trail Loop which is 1.4 miles roundtrip on its own. We ended up hiking around 2 miles between the two trails. It was a great way to get our feet wet in the Smokies. The Fighting Creek Trail takes you past the John Ownby Cabin which is built using white pine logs and clay mortar from Fighting Creek. 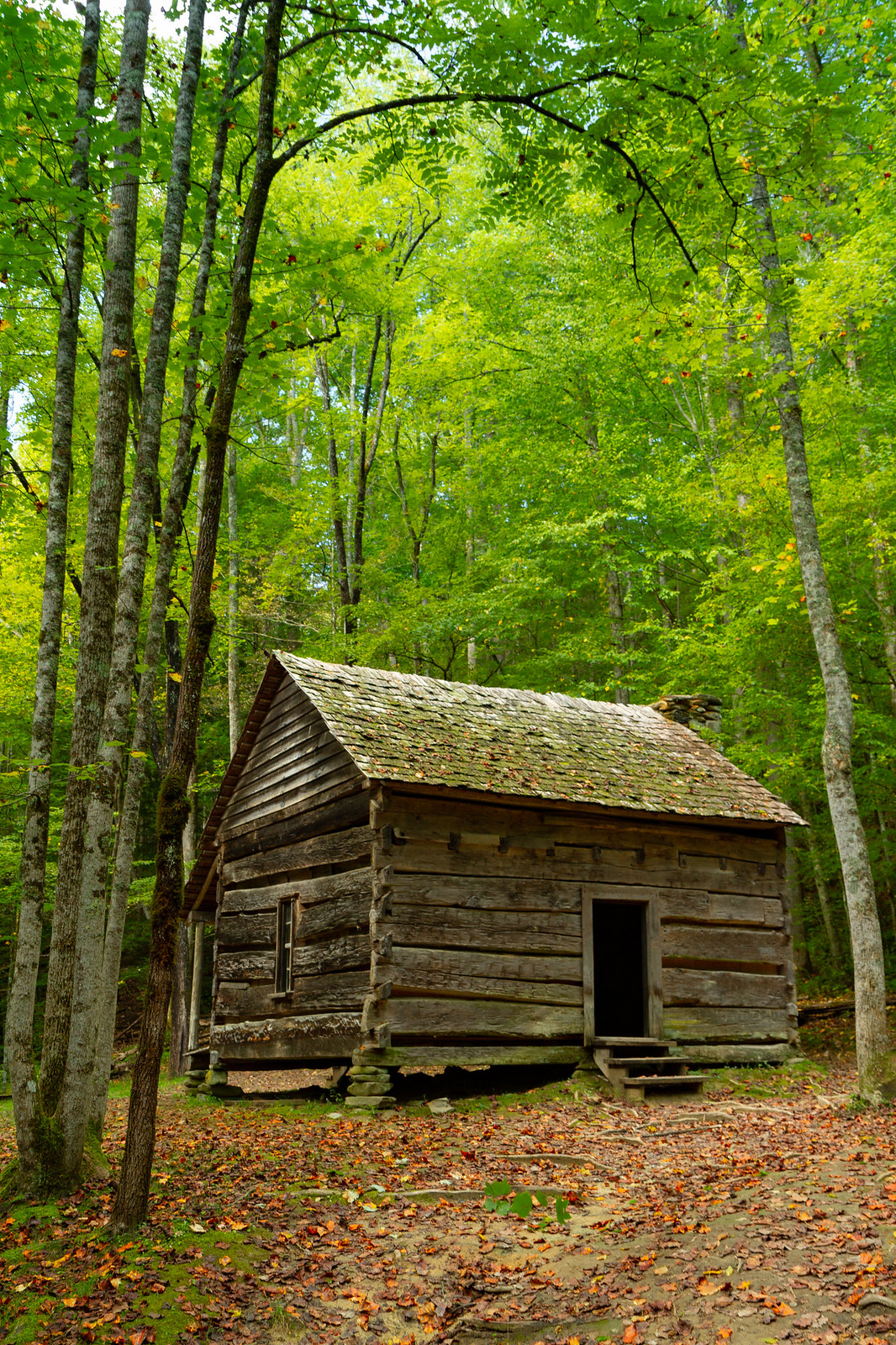 The next day we drove the Newfound Gap Road to the Newfound Gap Lookout. There’s a nice big parking lot here with expansive views. The Appalachian Trail also crosses through this area so you can walk down the actual Appalachian Trail for a bit if you choose. The gap is the lowest driveable pass through Great Smoky Mountains National Park at 5,046 feet. It’s called Newfound Gap because of the work done by Arnold Henry Guyot, a Swiss geographer, who discovered this gap is lower than nearby Indian Gap so it’s the “newfound” gap. 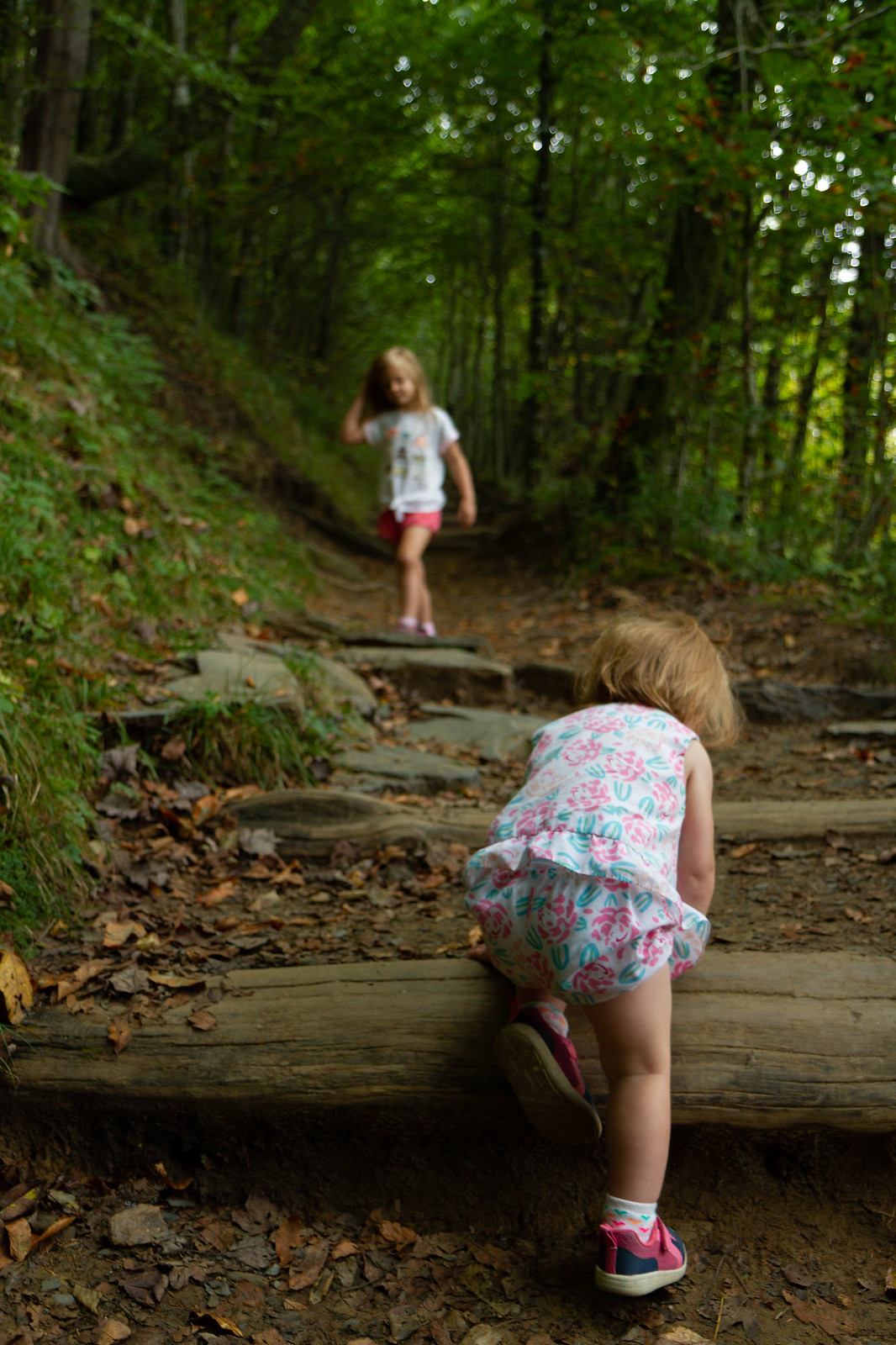 We had planned to continue on to Clingman’s Dome (6,643 feet, the highest point in Great Smoky Mountains National Park, third highest mountain east of the Mississippi), but the area was closed due to ongoing search efforts to locate a woman from Ohio who had disappeared while out hiking nearby. She was tragically found dead a week after she went missing. It was a sobering reminder that hiking can be dangerous. Foggy, wet conditions were thought to have contributed to her getting lost in the wilderness off-trail. If you’re looking for a book about how easy it is to get lost in the woods hiking, I (Elliott) just finished Lost in the Wild and highly recommend this tale of two hikers lost in the northern Minnesota woods. 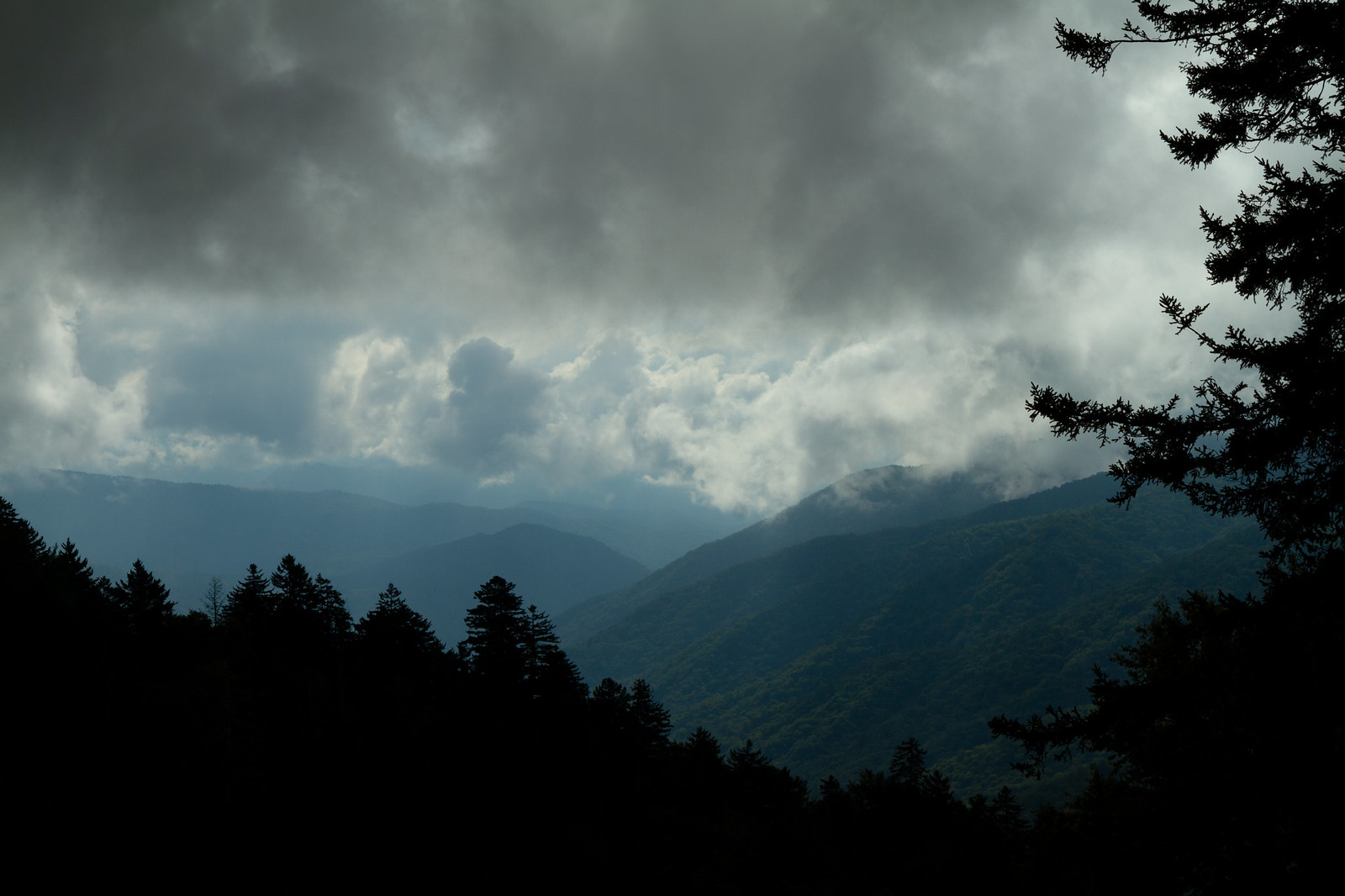 Our third day in the park, we planned our big excursion. We were headed to one of the most popular spots in the park, Cades Cove. It was about an hour away from our campsite. On the way there, we stopped off and hiked the Laurel Falls trail, which we highly recommend. It’s paved the entire way, but the pavement is a little rough. Not really stroller friendly, but we did see a double stroller lumbering its way up under the power of a weary dad. The trail is 2.6 miles round-trip and offers views of an amazing waterfall at the end. Near the end, there are some very steep dropoffs along the trail and you’ll want to keep your kids close, very close. 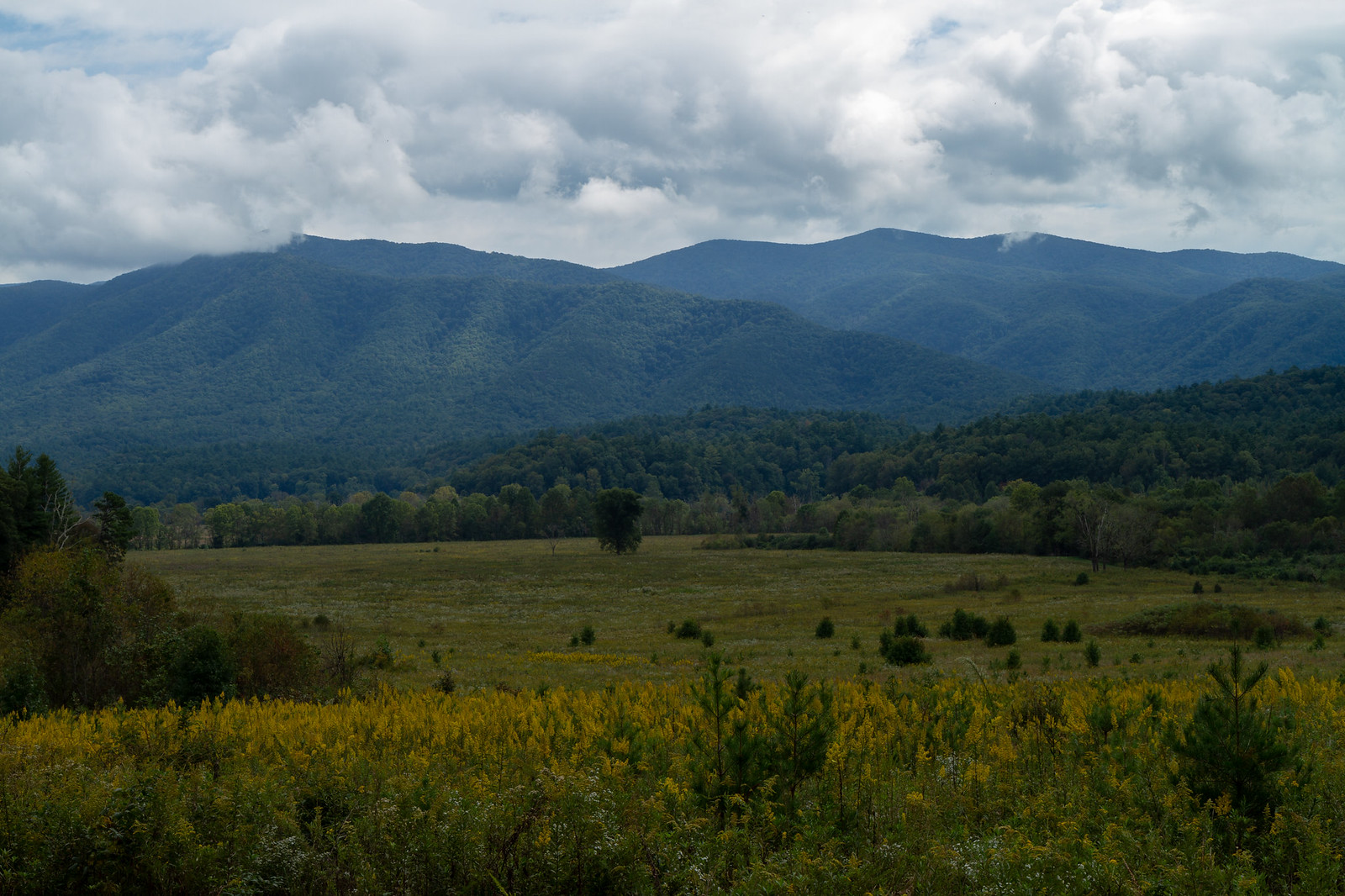 Cades Cove is a large valley surrounded by mountains; an 11-mile one-way road circles the valley. There are various stop-offs along the route. Prior to heading down the road, we stopped for a picnic lunch at the Cades Cove picnic area which is in the same area as the primitive campground. It was a perfect spot for a quick bite to eat before heading into the valley. Just prior to getting to the picnic area, we saw two black bear cubs scurry off into the woods on the side of the road from our vehicle. Thankfully, that was our only black bear encounter during our visit. Bears scare me. 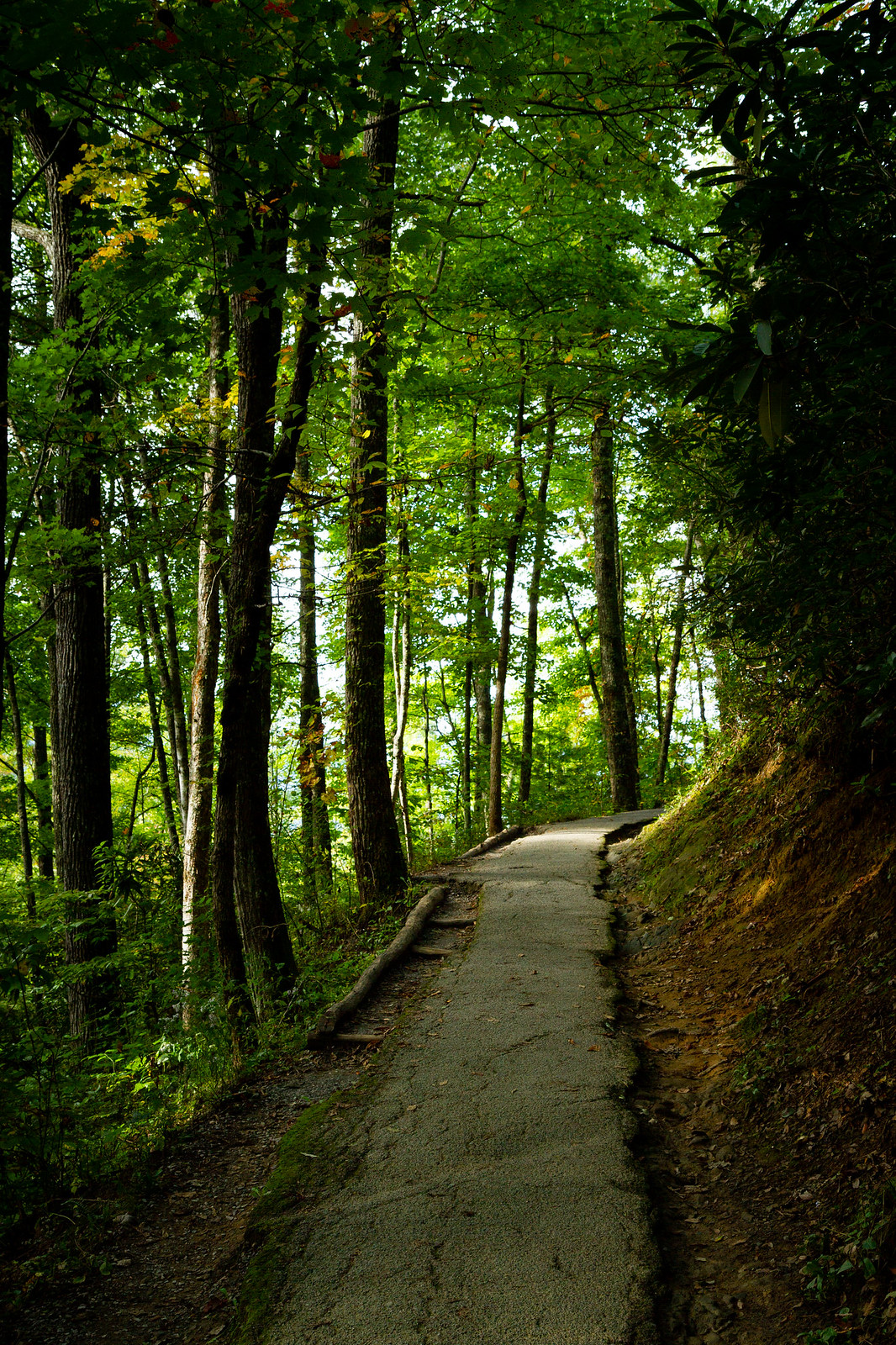 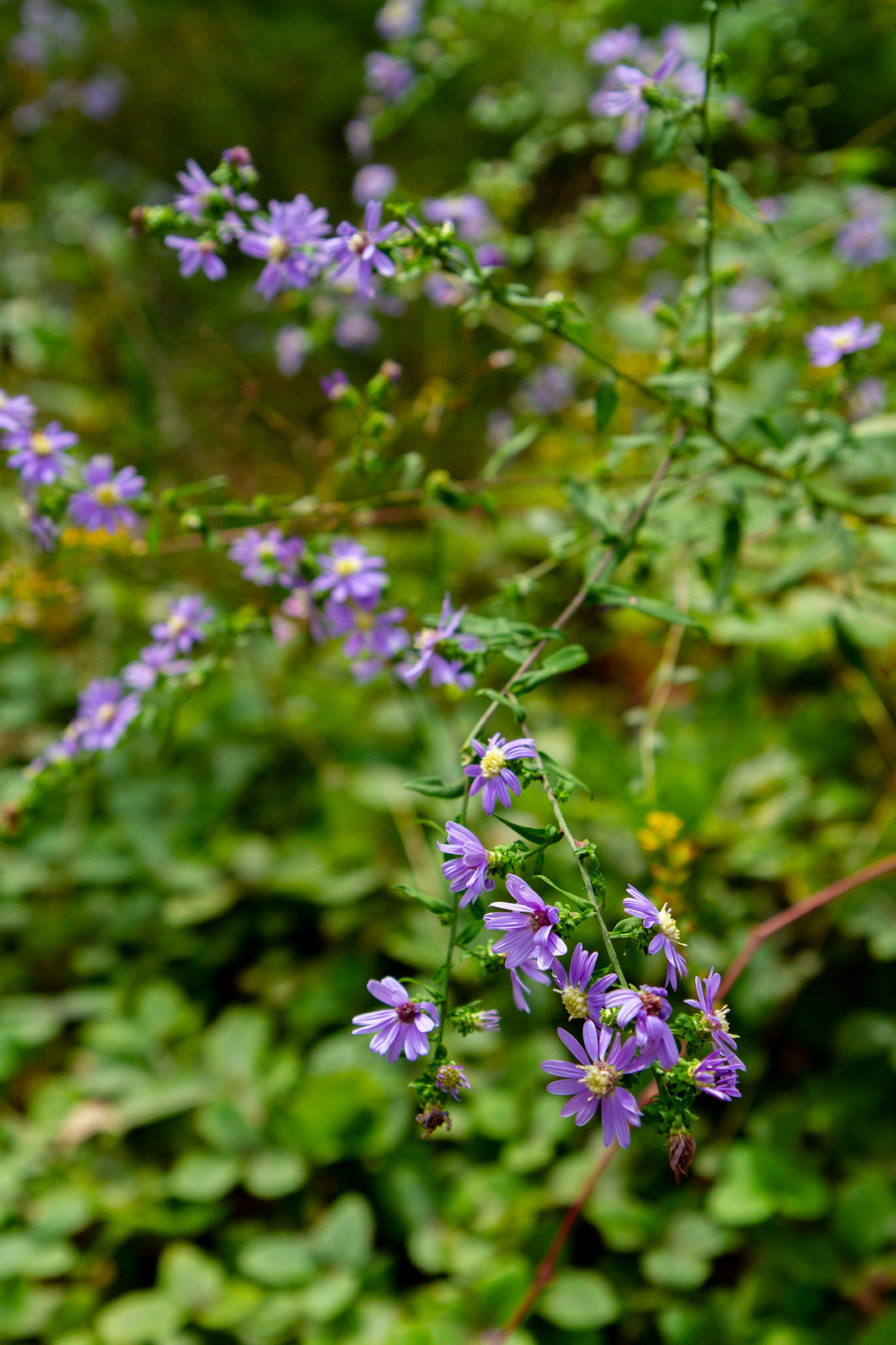 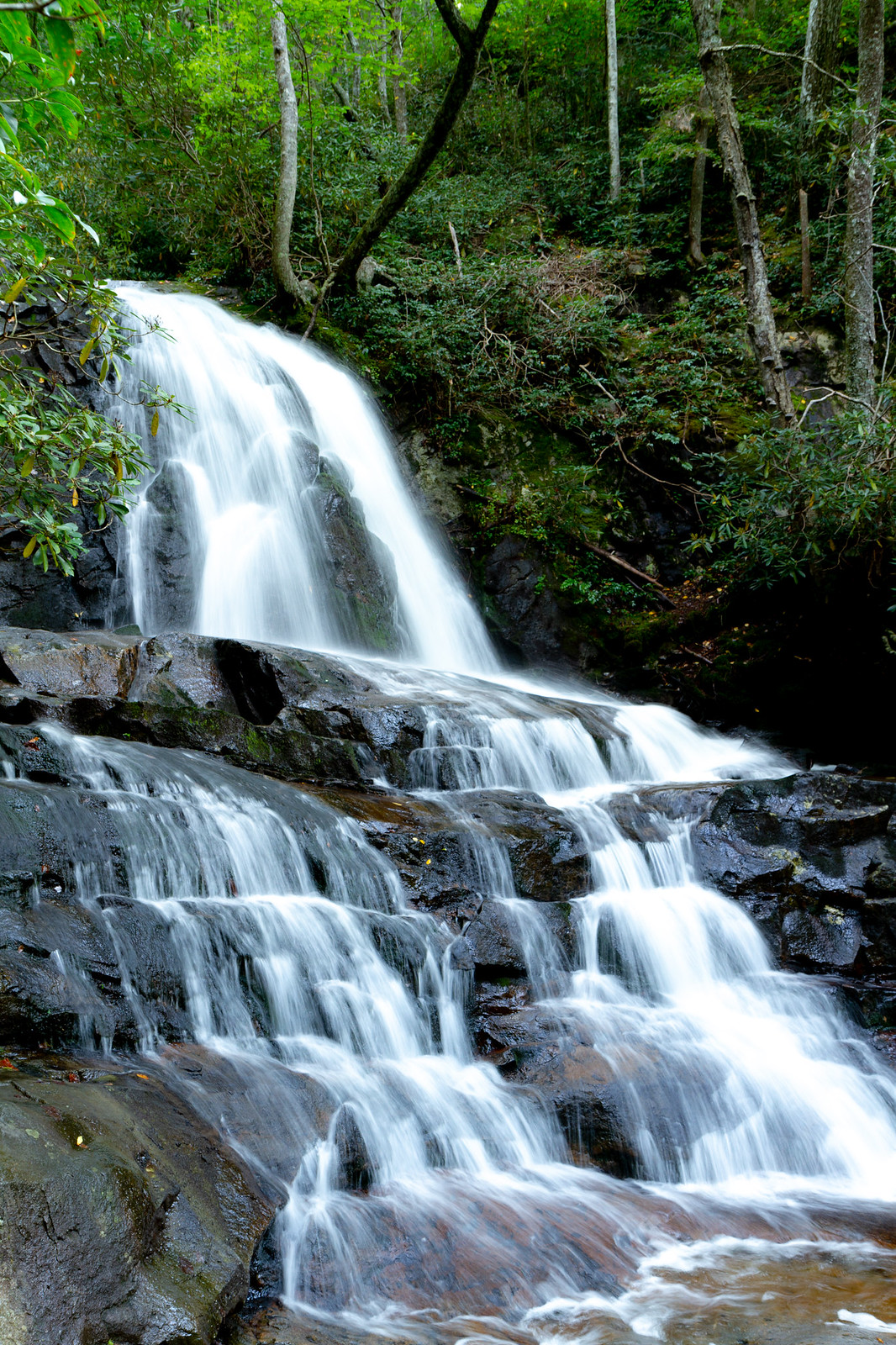 The traffic in Cades Cove can be a little brutal. It is closed to motor vehicles every Saturday and Wednesday morning until 10 a.m. from early May until late September to allow pedestrians and bicyclists a quiet trip around the cove with no exhaust fumes. I recommend stopping at the area just before the loop begins to pick up a $1 pamphlet that explains all there is to see in Cades Cove. Interestingly enough, park admission is free because of a generous donation from the Rockefeller family in the late 1920s that helped get the park up and running. Their donation was contingent upon there being no entrance fee to the park. That’s why you might see pamphlets and maps here and there for a small fee to help out the park. 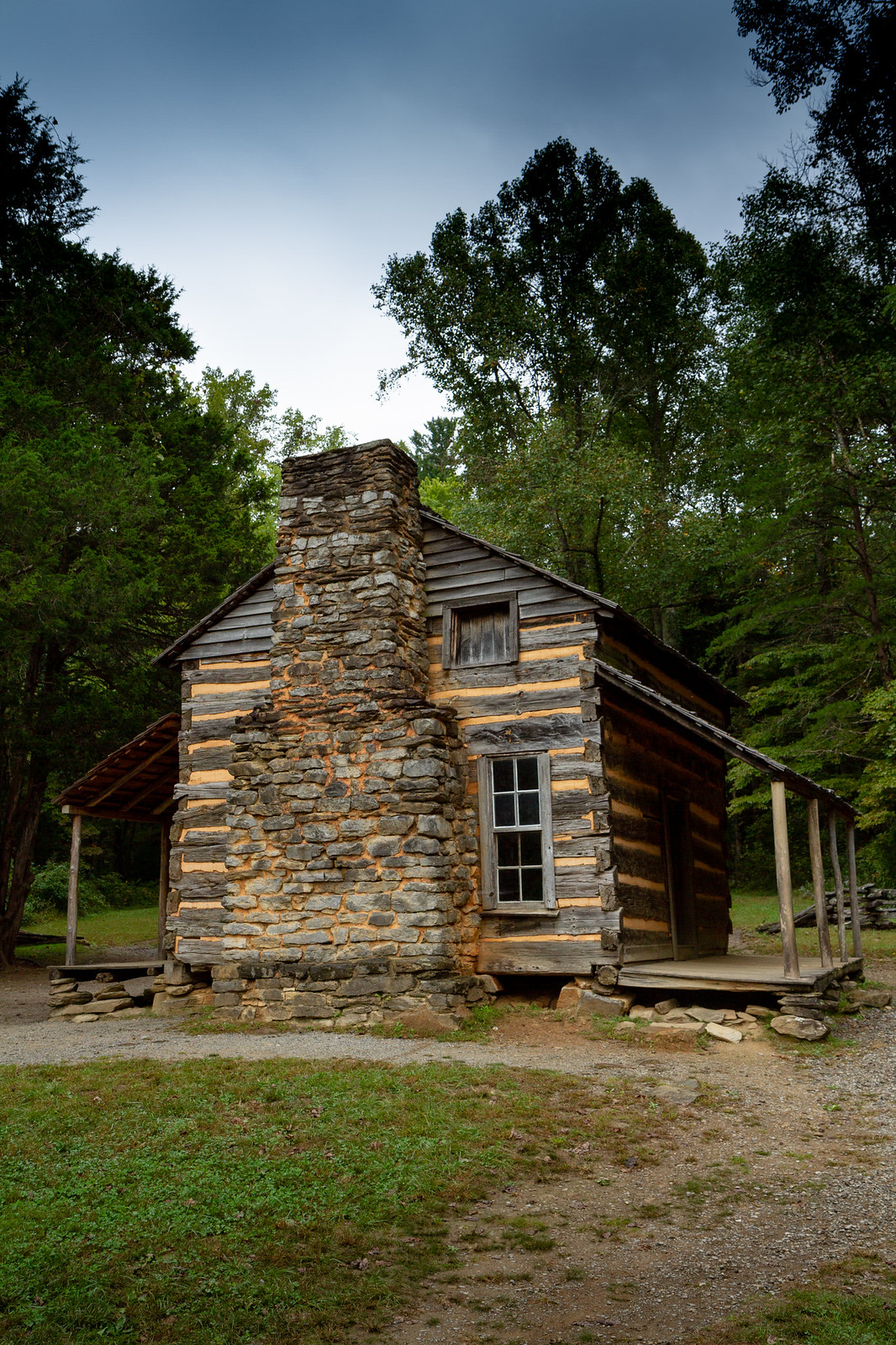 Cades Cove was essentially an old farming community from the 1800s through the official establishment of the park in the early 1930s. Stops along the way include old churches, old cabins and the Cable Mill area. The Cable Mill area includes a grist mill, an old house, some barns, smokehouse and old blacksmith shop to name a few things. It’s a very interesting area and there were signs warning how snakes like to hang out in the old buildings. Turns out they do, because we saw one face to face! 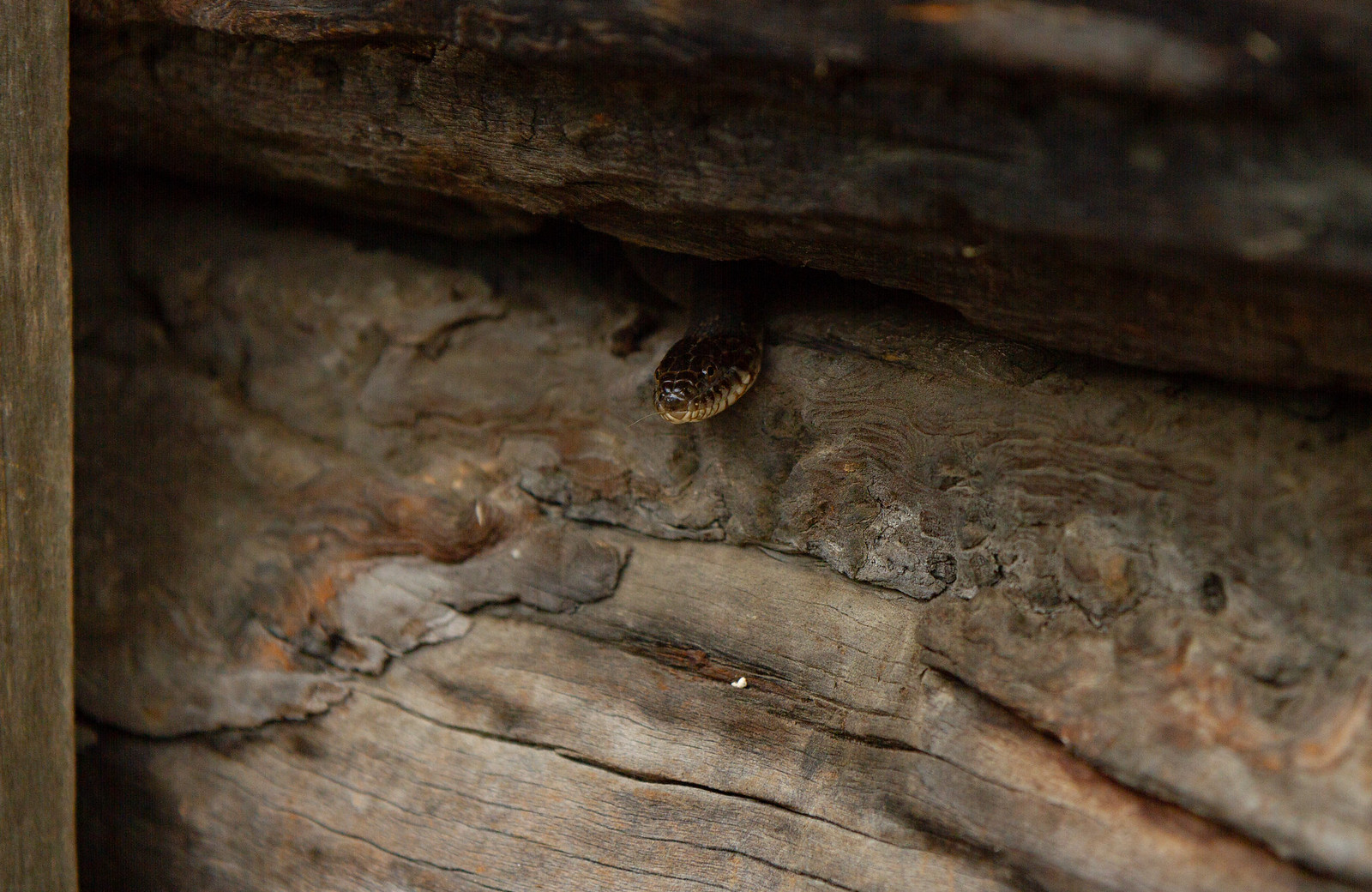 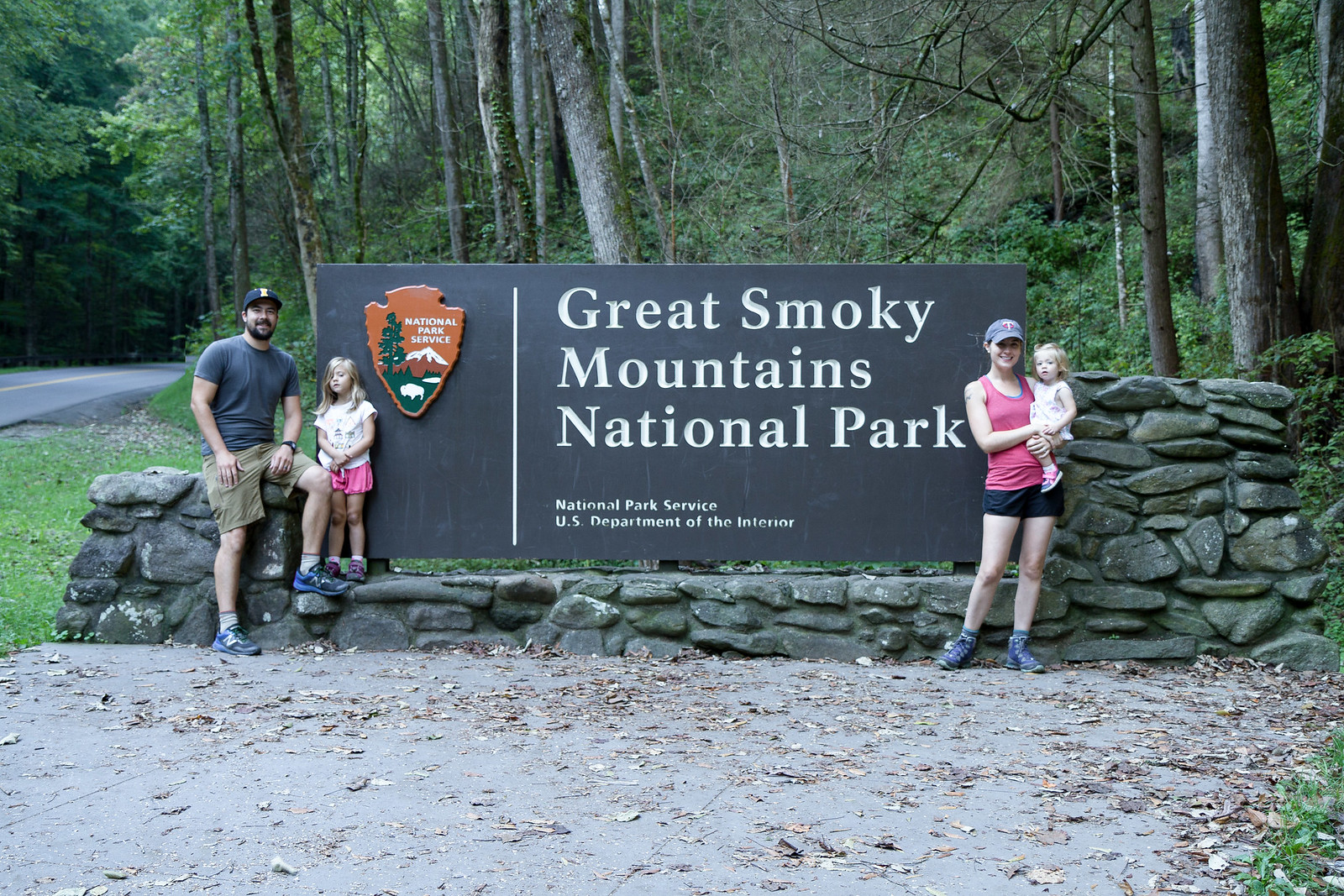 Great Smoky Mountains National Park is huge. It’s more than 500,000 acres. I know you probably are wondering where the smoke comes from in Smoky Mountains. Us, too! It turns out that vapors released from the trees and vegetation come together to create a fog which contains volatile organic compounds that scatter blue light, giving the mountains a hazy blue look. The Cherokee called the mountains “Shaconage” which means “land of the blue smoke.” It truly is a beautiful national park. There’s something that draws your attention, there’s a mysteriousness and the dense wilderness beckons your imagination; it’s almost a foreboding feeling. It’s vast, enchanting, and you get the feeling you’re in the depths of the powerful force of nature.