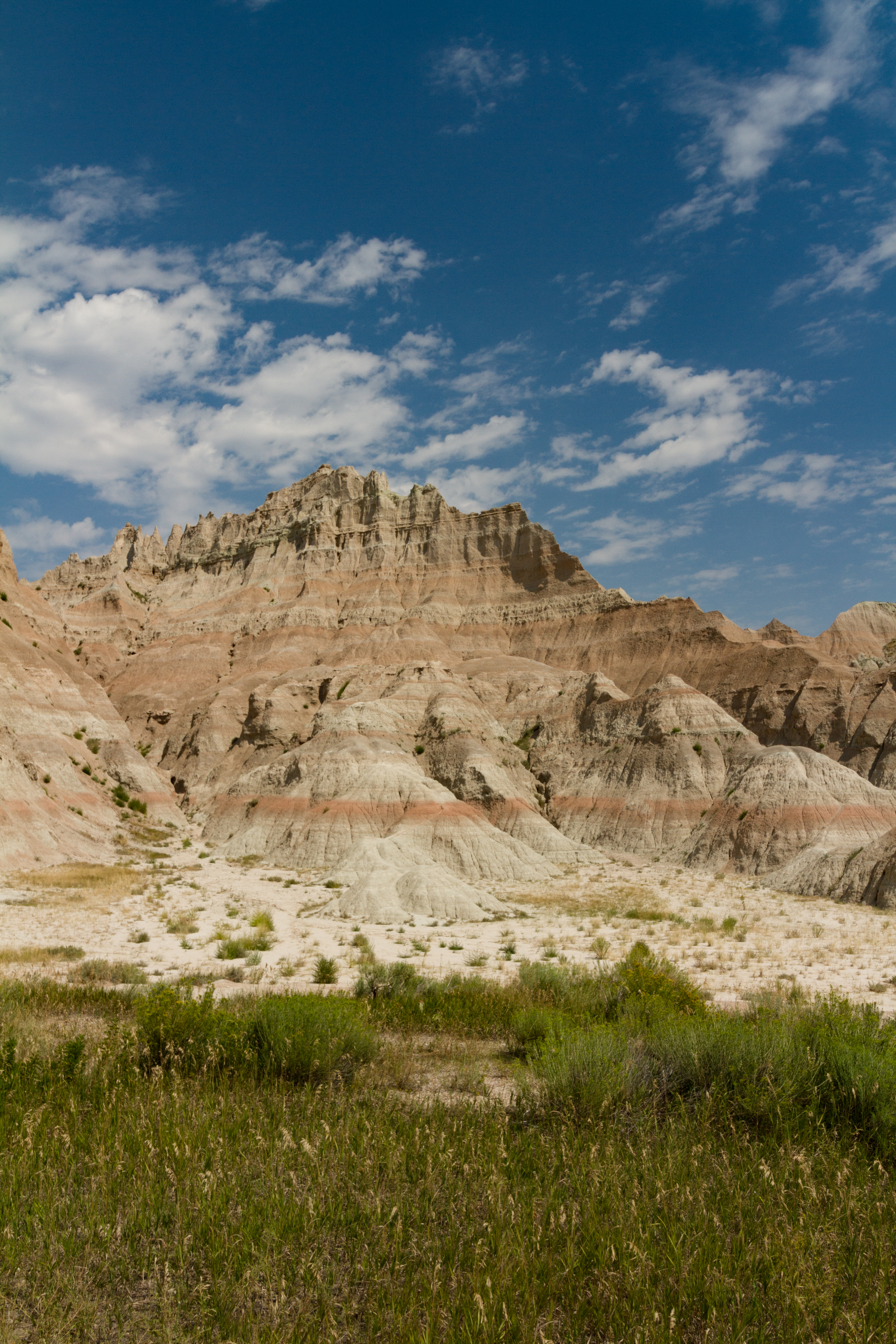 We started our trip toward the Badlands on a national park “high” – having just visited Theodore Roosevelt National Park and knowing we also had future plans to visit Wind Cave National Park, we were right in the thick of our park-hopping experience when we descended on Badlands National Park.

We stayed at the nearby KOA which, unlike our stay at Teddy Roosevelt, allowed us to enter the park after only a 15-minute drive. This was obviously very convenient and, while the KOA had literally the worst cell signal we’ve had on this trip to date, it was otherwise very quiet and charming and we would certainly consider staying there again should we find ourselves back at the Badlands. And likely, we will.

We tried to plan our trip to the Badlands outside of the annual Sturgis Rally – not because we have anything against motorcyclists, but simply because we wanted to avoid the traffic – but long story short, we ended up staying there midway through the weeklong rally. Turns out, it was fine – we were far enough away from Sturgis to avoid the heavy crowds, but still close enough that we often found ourselves dining with leather vest-clad bikers (many of whom were very friendly). Sometimes, we had to pull over on the side of the road at the park to let a biker or few pass us by as they joyrode through, but no matter – it gave us more time to take in the expansive views of this mysterious, wild landscape.

Being on that aforementioned high, we had lofty expectations for this park. And we were not disappointed.